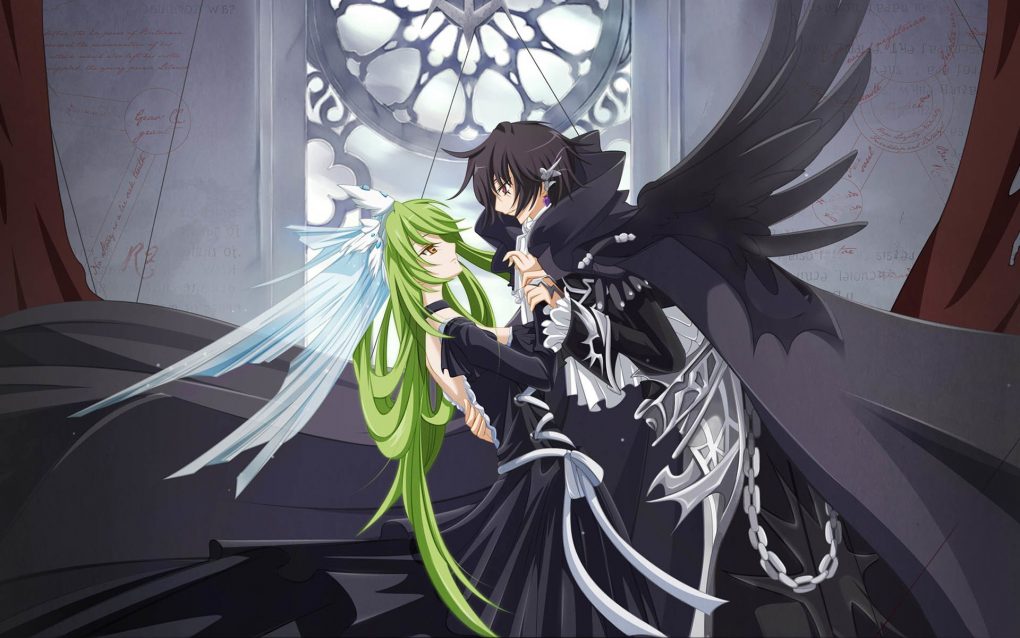 The first part of the Gorö Taniguchi’s revenge trilogy has a complex backstory and a massive body-count. Overwhelming fight sequences feature incredibly tall and alluringly pretty warriors: most of the characters are strangely androgynous, targeting the teenage audience. The technical excellence is underpinnedwith some serious themes about fundamentals, aimed at more adult viewers. It all kicks off in 2010 when three Super States rule the world: Britannia (Europe and Africa), Chinese Federation (Asia) and Japan. Prince Lelouch (Fukuyama), suspects that his father, the Emperor of Britannia, has murdered his mother Marianne. His sister Nunally (Nazuka) witnessed her mother’s shooting and was caught in the crossfire and rendered lame and blind by the trauma. The siblings are sent to Japan by their father, to spy on the enemy. Lelouch is a placid boy at school but when he puts on his mask he becomes Zero, a murderous vigilante, and soon with the help of C.C. (Yukana), a mysterious girl, who gives him the power of Geass, making him more or less superior to all enemies. Together with C.C. and female sidekick Kallen Kouzuki (Koshimizu) – who also has identity problems – Lelouch/Zero sets out to take revenge on his father. Code Geass is a bit of lurid fun that cuts both ways in giving adults something to chew on intellectually while their teenage kids can enjoy the remarkable visual antics. AS