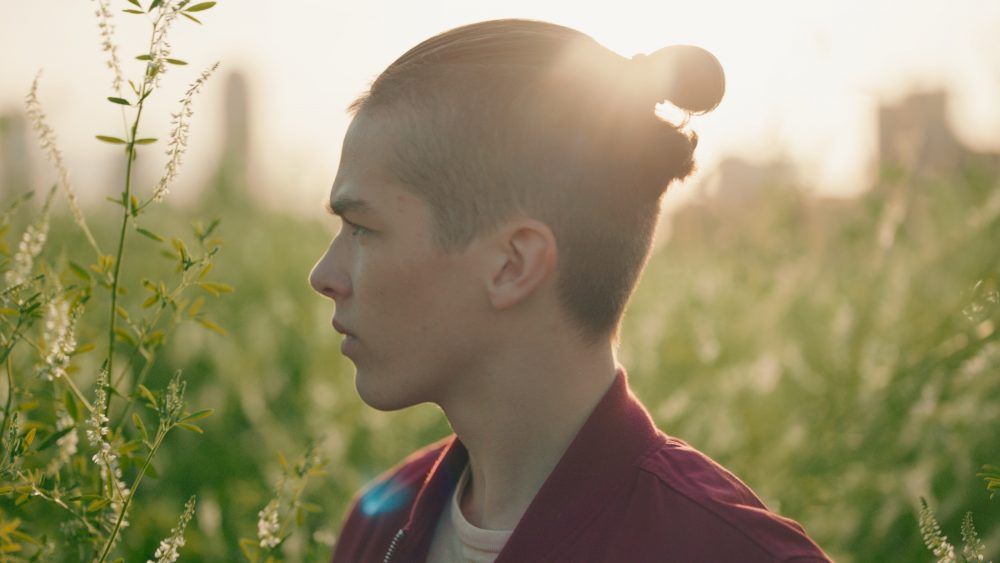 Director Nanouk Leopold (It’s all so quiet) and producer/writer Stienette Bosklopper have created a small, intimate social drama, which is carried by the lead actors and the imaginative images of DoP Frank van den Eeden, which always favour expressionism over realism.

We first meet the 15-year old runaway after he is caught for fare-avoidance in the metro. Cobain (Keizer) is living in a care home, and is due to be released to foster parents. Hating his name (“Nobody can spell it, and who want’s to be called after a guy who shot himself?”), he is searching for his single mother Mia. He only lasts a day at the foster home before  he is on the road again. When he eventually meets Mia – who goes on calling him ‘my little man’ – she is pregnant, and still on drugs. It does not help, that Cobain’s next port of call is the sinister Wickmeyer (Opbrouck), pimp and drug dealer, and once Mia’s employer. Cobain, following Wickmeyer like a lapdog, soon finds out that one of his ‘girls’, Adele (Marineci), has withheld some payment from her boss, and Cobain, who has just put lipstick on, forces her to sleep with him as price for his silence. He seems happiest with the pet iguana: looking more and more the child he really is. When Mia turns up at Winkmeyer’s, the latter insults her, and forces Cobain to take sides. After a visit to the hospital, Cobain learns, that his mother is still taking drugs, and endangering the baby. In his desperation, he takes his mother to a remote countryside house, and locks her in. Whilst well meaning, he has no idea about the dramatic consequences of his action.

Neglected all his life, Cobain, is unsure about everything, even of his sexual orientation. The adults he meets, are either paid for giving him attention, like the social workers, or even more unstable than himself, like his mother and the Winkmeyer set-up. There is a sad, but funny scene in the house, where the girls lounge around, one of them is a sex-manual reading in halting Dutch: “When you have mastered the missionary position, it is time to go on to more advanced practices.” They are all exploited by Winckmeyer, and Cobain might put lipstick on, to show solidarity with the women. And this evaluation becomes true, when the ‘boss’ attacks him, with clear sexual undertones, before ordering Adele into a bedroom.

The images are often dreamy, when Cobain closes his eyes, his field of vision becomes blurred, and he possibly thinks of a better world. Cobain is most at piece at the countryside, even his mother is positively impressed by the outdoor silence. The long rides on the motorcycle are reminiscent of the Dardenne Brothers, and Leopold is equal to their sensitive directing style. Overall, Cobain is a melancholic moody drama, with shades of the old fashioned French poetic realism. AS