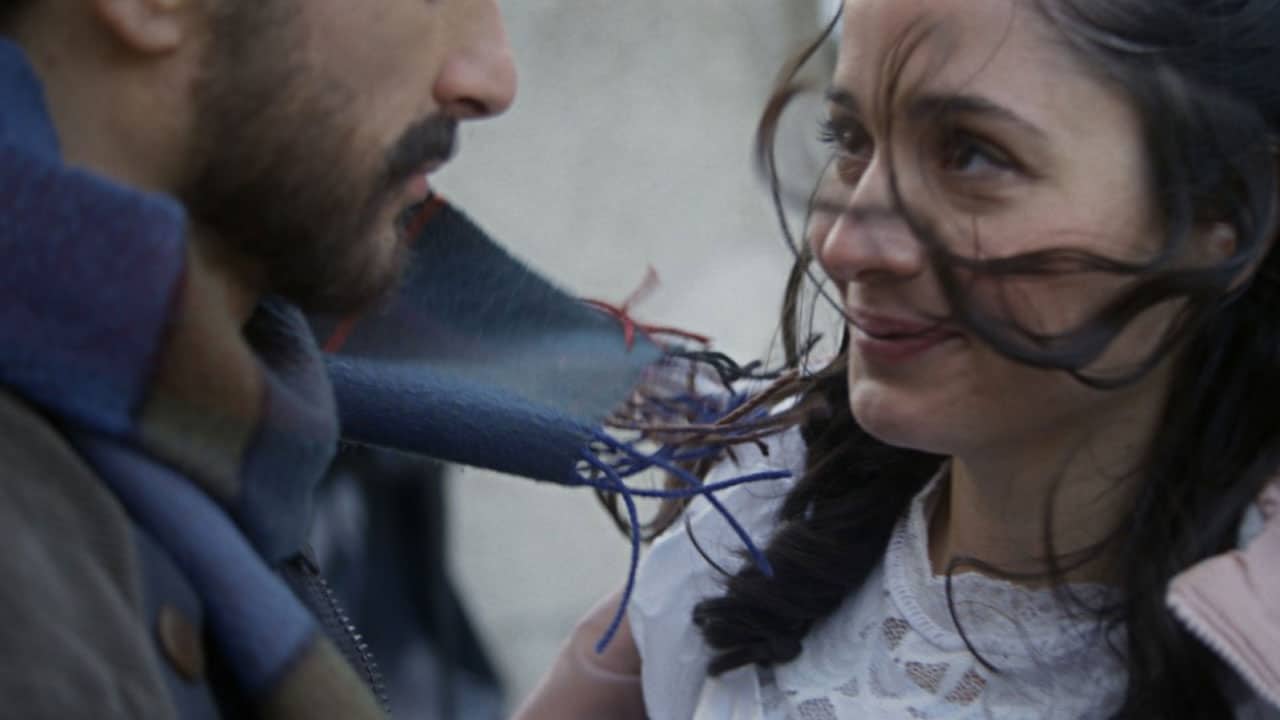 German director Anna Zohra Berrached is the daughter of an Algerian immigrant who grew up in the GDR. Her sophomore feature, a complex character study, follows a Muslim couple in late 1999s Germany before the world was changed forever by the turbulent events of 9/11. Based loosely on one of the pilots (Ziad Jarrah) who actually took part in the atrocity (Ziad Jarrah), the film asks the question: how much do we really know about people close to us?

Asli (Kir) is a brilliant medical student, shy and insecure. She falls for a Lebanese student Saeed (Azar), whose dream is to be a pilot, but his wealthy traditional family refuse to support him, Asli’s Turkish just wanting her to marry the ‘right’ husband. Saeed is certainly not on this list partly because of his Arabic background. so the lovers will later marry in secret, but not before Saeed becomes more radical in his views, giving up alcohol and avoiding sex with Asli, telling her: “I don’t want to be like the Germans, who sleep around”.

But there are warning signs from the beginning. Saaed’s anti-Israel remarks soon make the two of them social outcasts amongst their group of friends as Saaed starts proselytising Islam to them and eventually Saeed disappears off to Yemen for a while. And when he comes back his behaviour has changed radically. Suddenly, he decides to take up his pilot licence in Florida, the cheapest and quickest way possible. Asli joins him and they fly together as she gradually becoming his titular co-pilot. Returning to Germany for an operation, Asli comes round from the anaesthetic to see breaking news about the 9/11 disaster on her beside TV. But Saeed’s mobile is switched off.

With its multi-lingual cast and differing cultural touchstones Copilot had quite a laborious scripting and filming process, and as the story unfolds hope gradually fades as Asil loses her focus on reality, preoccupied with work. As for Saeed, he lived in a dream world, sustained by a nightmare: his final letter to his wife is proof of his ghastly fantasy: “The world will be a different one, and happier for all”.