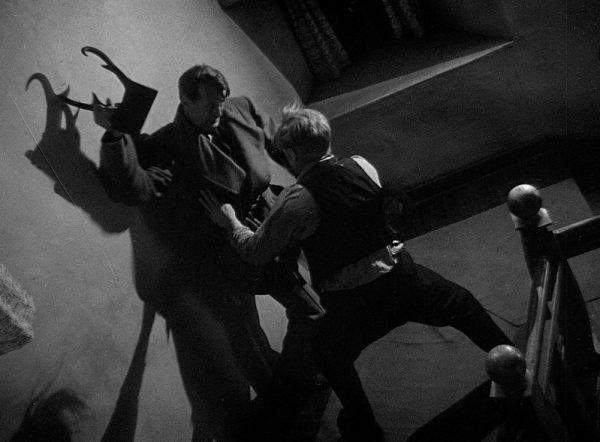 This virtuoso World War II espionage thriller is one of Fritz Lang’s most underrated films, its edgy European cast adding grist to Albert Maltz and Ring Lardner’s screenplay based on Corey Ford and Alastair McBain’ book: Cloak and Dagger – The Secret Story of the Office of Strategic Services. The noirish classic was Lang’s first post-war and stars Gary Cooper as a suave and sardonic nuclear physicist Alvah Jesper (Cooper) who is tasked by the U.S. OSS to become a reluctant undercover agent, embarking on a secret mission to Switzerland and then Italy to investigate Germany’s plans to construct an atomic bomb. His plans are waylaid when he falls for vulnerable resistance fighter Gina (Lilli Palmer, in her first Hollywood role). The two then join forces in a eventful and often tortuous effort to smuggle a scientist out of Italy. Although Cloak and Dagger is not quite as pithy and focused as You Only Live Once, but definitely worth a watch. With Max Steiner’s rousing score, Sol Polito’s captivating chiaroscuro camerawork and some dazzling shoot-outs and set pieces, Cloak and Dagger is an intriguing wartime story that melds romantic melodrama with stylish spy thriller as the lovers embark on an adventure fraught with danger and sinister characters, into the unknown. Lang’s original footage was lost, and so the ending changed for the theatrical release. MT