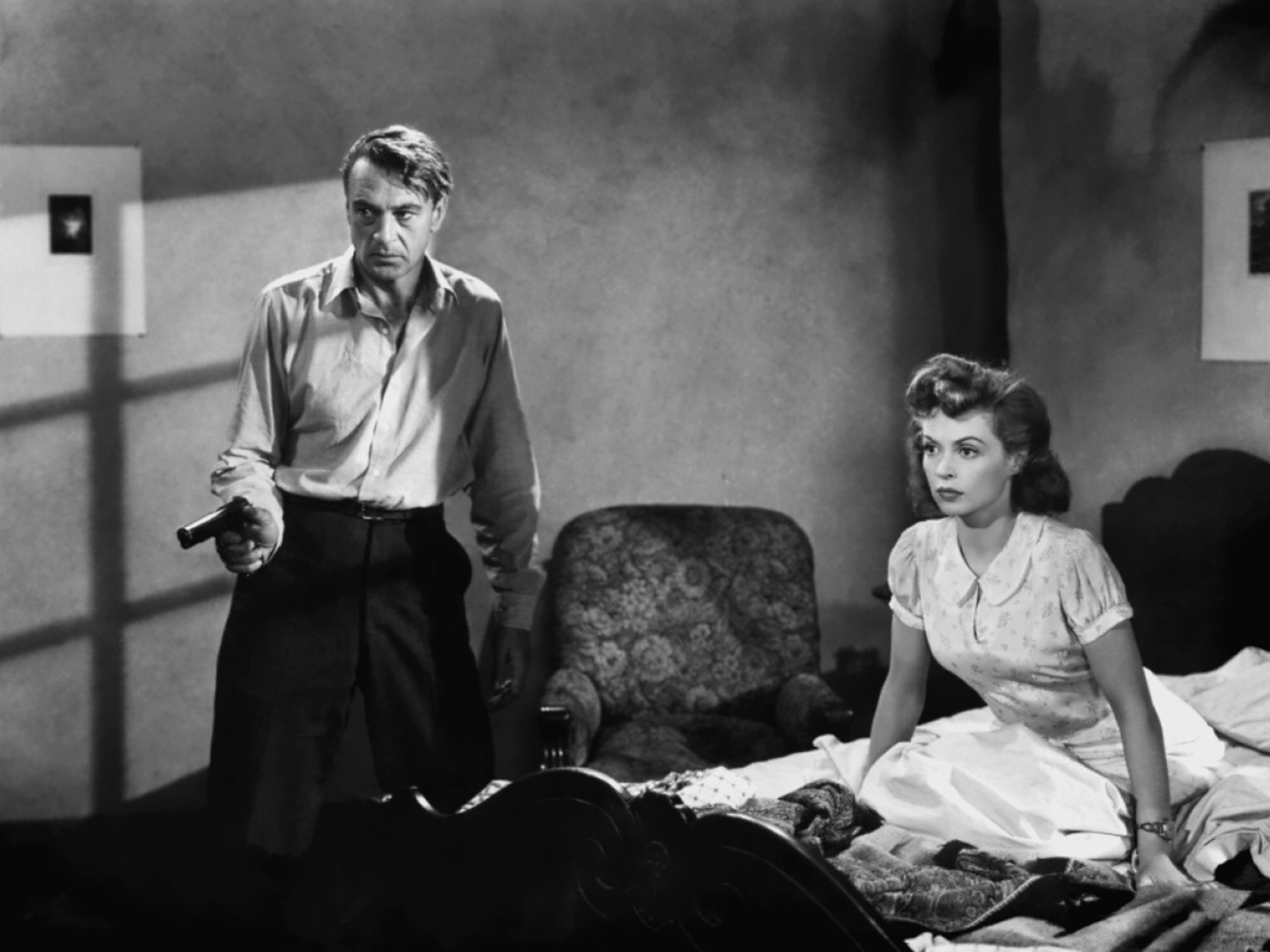 Made during that brief period just after the war before commies took over from nazis as Hollywood’s enemies of choice; when leftish sentiments penned by scriptwriters Albert Maltz and Ring Lardner (both soon blacklisted) could still be expressed onscreen by Gary Cooper (schooled in Dunstable and soon to be a ‘friendly witness’ before the HUAAC).

Anticipating Hitchcock’s Torn Curtain by twenty years, Coop plays a scientist sent into enemy territory to pick the brains of a top physicist (presumably based on Lise Meitner); aided on the ground by Robert Alda (father of Alan) and Lili Palmer (the latter making her Hollywood debut and receiving “and introducing” billing despite having been busy in British films since 1935).

It lags a bit during the second half but picks up with another sequence anticipating ‘Torn Curtain’ when he and a fascist fight dirty to the death. @RichardChatten