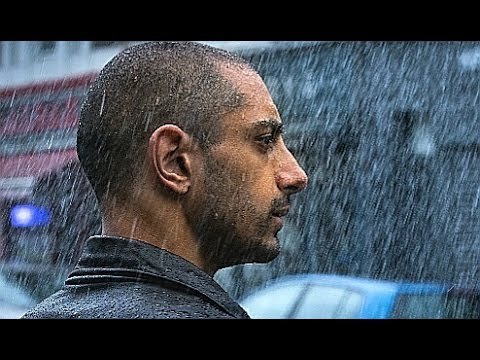 With Raymond Chandler in mind, director Pete Travis (Dredd) and writer Patrick Neate, on whose 2006 novel of the same name the film is based, paint a dark picture of London, in this British Neo Noir, where Private Eye Tommy Akhtar stumbles around finding new violent connections, whilst searching for closure on his own troubled past.

Tommy (Ahmed) runs a seedy detective agency called TA – in his own words, he “discovers and buries secrets”. One day, the prostitute Melody (Jumbo) asks him to search for her co-worker Natasha who has gone missing. Tommy can’t find her but he traces Natasha’s last client: a Pakistani business man, murdered in his hotel bed. Enter Lovely Ansari’, a property developer and pillar of the community who is also a good old friend of Tommy. Soon it becomes clear, that many people are interested in the victim: American agent Regan (Schaefter), the leader of Islamic Youth Centre Al Dabaran (Siddig), and the local cops ever ready to give Tommy a hard time. Not that his life is a bed of roses: his cricket obsessed father Farzad (Seth)  never lets him forget that he wants a much straighter lifestyle for his son, and Shelley (Piper) and her daughter Emma (Rae) share a bond from a past trauma with Tommy. The plot is not much more than a McGuffin, and the all-around happy-ending rings false.

Where it not be for the excellent work of DoP Christopher Ross (Detour), we could dismiss Tiny Lights simply as TV pilot. But the nightime images, mostly shot with natural light, are vey invocative: shadows lurk everywhere, and Tommy stumbles through a urban nightmare like the heroes of Cornel Woolrich, with all the implications of a cliff hangar depending on the exact timing.

Pete Travis tries to refresh the genre with the introduction of an Asian lead and his Bangladeshi father, as the shadow of Islam creeps in with shady clerical activity, the film feels much more at home with Akhtar being clubbed over the head by hired thugs, in the best Robert Mitchum tradition, than it ever does with reflecting the complexities of modern Britain.

Unfortunately, unlike Woolrich, Travis/Neate do not care much for an authentic narrative, and are content with a loose, episodic shape. Full points for atmosphere, but the strong cast could have done with some more structure. AS