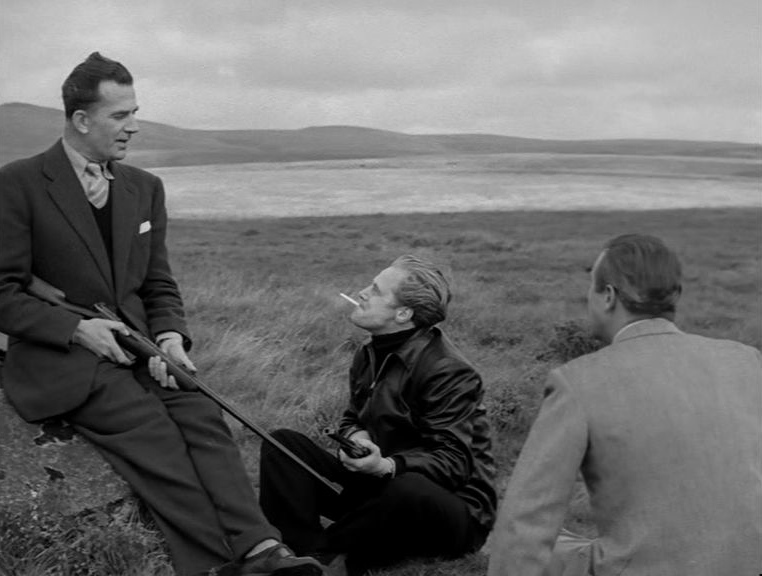 A drama rather than a thriller, with a plot anticipating Bad Day at Black Rock and Get Carter. The action encompasses both Wales and Scotland, but only the second unit under Gilbert Taylor seem actually to have gone to those outposts without Milland; the conclusion itself being an interior moment of revelation worthy of Chabrol.

Unusually produced by a woman, Joan Harrison, who later produced Hitchcock’s TV series, as much drama is generated by the two principal male characters’ relationship with Patricia Roc than with the search for the truth about the death of Milland’s bother. Red herrings abound and characters flit in and out of the narrative (including Hitchcock veteran Edward Rigby in his final fleeting film appearance as a Welsh miner. There’s also a charismatic appearance from Marius Goring) with the result you never know until the conclusion who the prime movers are going to turn out to be.

The biggest mystery of all is probably the story’s original provenance. Printed sources (but not the film itself) claim it was adapted by Phillip McDonald from his own novel, ‘White Heather’, yet he never published a book with that title. If it WAS adapted from his own book, it was an unpublished one. @Richard Chatten