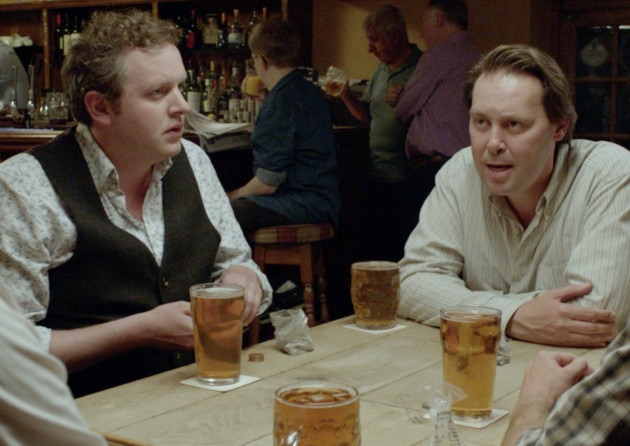 The ensuing caper is amusingly scripted by Oliver Britten lampooning a series of caricatures (the sexy barrister; the sardonic literary agent; the gay booksellers, the aspiring novelist and the TV exec) all played wittily by a fabulous cast, who gently send each other up. The slightly bumbling chaps get together in the pub one night and agree to each pen several pages of purple prose together to form the book which is then delivered to said literary agent (Eileen Atkins in classic form) where it is snapped up. However, there is a catch, the interested publisher (John Hurt) stipulates a female author – and not four middle class blokes – to spearhead the book’s publicity campaign. Keeping their involvement a secret, they engage an out of work actress to ‘role play’ the part of the author but the tables are turned on the guys when she takes control.

Combining TV and film talent CHICK LIT is an enjoyable comedy drama of the kind you might enjoy on BBC1: it’s amusingly written, attractively filmed and impeccably performed by the best of British acting talent, and best of of all –  it doesn’t take itself seriously. MT