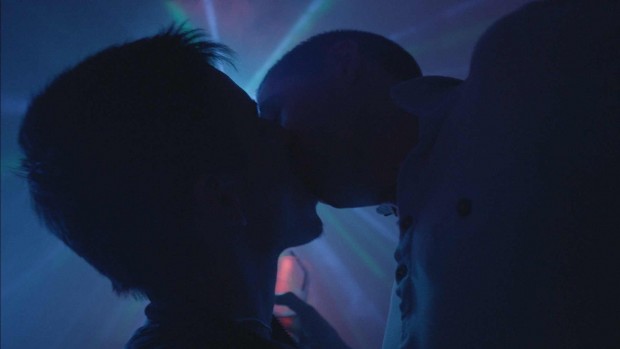 Fairman and Gogarty investigate the increasing use of drugs in gay recreational sex in a worthwhile documentary that raises serious issues, not least for the gay community.

Recreational drug use has always been widespread in gay community including occasional weekend forays for those with non-scene profiles: ie who partner-up and remain faithful, possibly even fathering families. But here the directors dig deeper to reveal a more disturbing trend in the type of men who are falling prey to regular abuse that can lead to mental instability and fatal addiction, not to mention a rather cavalier attitude towards deliberate HIV infection.

A selection of brave young gay men tell their Chemsex stories to the camera: Enrique, Miguel, Andrew are revealed, others remain behind a curtain; the film gradually explores their lives in greater detail and some fascinating facts emerge about their mental stability. There is talk of dysfunctional backgrounds and the shame associated with coming-out that has made them ultra-sensitve and introspective about their sexuality. Drug use then becomes a crutch to lean on, giving them  confidence and emotional freedom from the shackles of fear, doubt, loneliness and isolation, particularly in large cities like London. Those coming from abroad are also vulnerable. Spanish national Enrique in a case in point, after arriving with an MA in Economics and a job in banking, he down-spiralling into prostitution after falling prey to the ‘confidence-boosting’ effects of recreational drug abuse (known as ‘slamming’). Chemsex involves substances that enhance the libido such as ‘Tina” (crystal meth) and G (GBL is stronger than GHB although they are both given the same initial). All these drugs enhance ‘feelgood’ dopamine release in the human brain at low levels, but have sedative affects with higher doses and can gradually lead to emotional collapse.

One pioneer who is helping to counsel men with substance abuse is David Stuart, who works out of 56 Dean Street (Enrique started working there at the time of the film). This is a service provided by the NHS, aiming to rehabilitate addicts who feel isolated, despite their internet hook-ups, which are cited as having made socialisation worse. Before, they may have spend time with friends for dinner and cinema: now they are merely having meaningless sex and going home feeling empty. This, in some ways, mirrors the heterosexual dating trend ‘netflix and chill’ that involves endless hook-ups for one night stands, a experiences that alienates and depresses those interested in forming ongoing, steady relationships.

But what is slightly questionable here are attempts by the filmmakers to glamorise these episodes with hazy camera shots of hedonistic ‘shagfests’ and there is made mention in the credits of ‘art direction’ which seems to fly in the face of the serious nature of some of the material.

CHEMSEX does have a positive finale with onscreen texts relating how the various men are progressing, having benefitted from the free NHS counselling service. If the NHS can offer free counselling to recreational drug abusers, the Government are making a positive contribution to gay mental health. But the saddest and most salient fact to come away with is that five gay men are diagnosed with HIV every day in London. MT