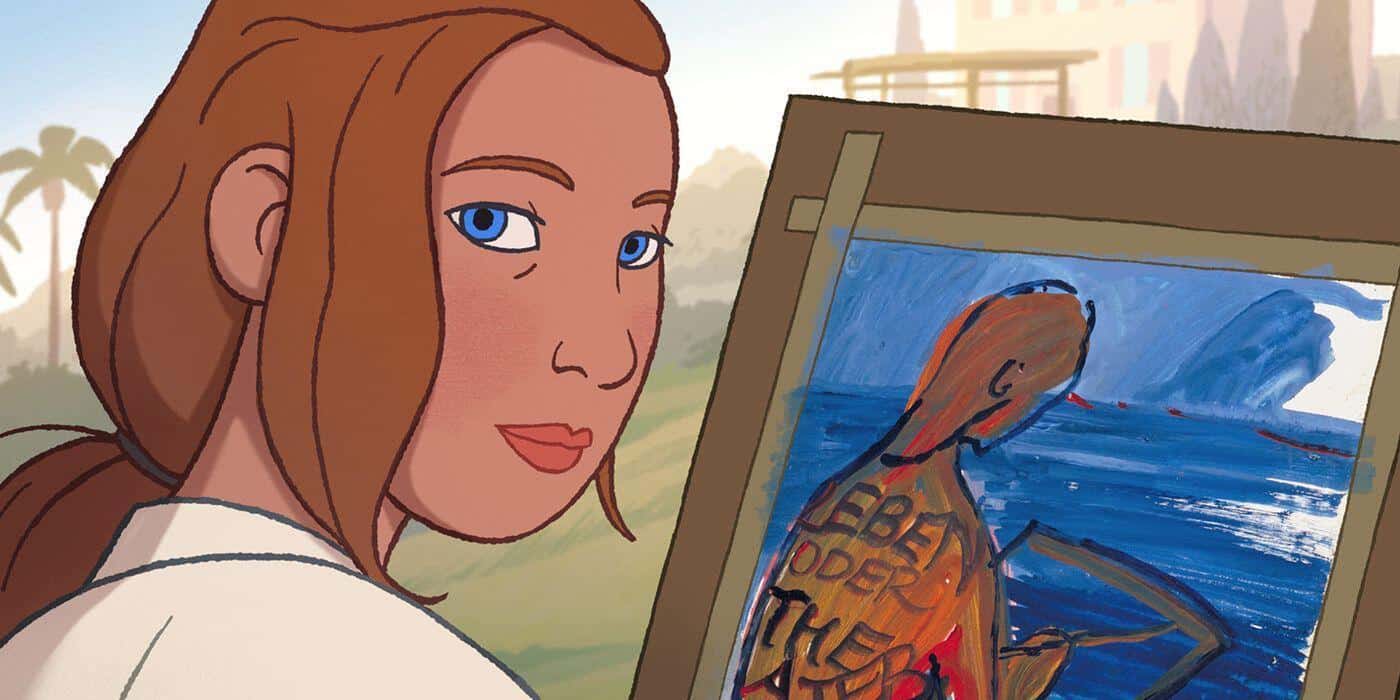 The soapy main image may lead you to believe that Charlotte is just another children’s animation. Quite the contrary. Èric Warin and Tahir Rana’s film is a film of substantial gravitas in the style of Studio Ghibli, a lyrical storybook based on the life of German Jewish artist Charlotte Salomon (1917-1943) whose autobiographical work entitled “Life? or Theatre?, depicting her own life, may very well constitute the first graphic novel.

Charlotte, voiced by Keira Knightley, would be blighted by tragedy. Growing up in Berlin where she studied art prior to the outbreak of the Second World War, her mother Franziska committed suicide when she was only eight, although Charlotte was under the impression that the death was due to influenza. Charlotte grew up fearing she would meet the same fate, as suicide was common in a family who suffered from poor mental health. Her father, a surgeon, had then married her mother’s sister, the opera singer Paula Salomon Lindberg.

A love affair with the much older, married, Alfred Wolfson (Strong) coloured Charlotte’s years at art school. But after the “Kristall Nacht” tragedy of 1938, she moved to the South of France where her depressive grandmother (Blethyn) was under the care of her  grandfather Ludwig Grünwald (Broadbent), and would take her own life, like Charlotte’s mother had done years earlier.  In the early 1940s, Charlotte found refuge with American Ottile Moore (Okonedo), who helped many Jewish refugees. Charlotte would entrust her prolific creative output of over seven hundred works to local doctor George Morrides who was able to present Charlotte’s father with the paintings in 1947. He had survived with Paula in hiding in Amsterdam.

Charlotte’s 35-page confession was published in 2015. It emerged that she had poisoned her grandfather after he insisted on her sharing his bed, and threatened to call the police, as Charlotte was only given leave to remain in France as his carer. She sent the confession to Wolfson, but he never received it. Brief happiness came with her marriage to Alexander Nagler (Clafin) in 1943. The couple were expecting a child when she was deported to the camp in Drancy, and Nagler to a forced labour camp where he died the following year. Charlotte Salomon arrived in Auschwitz on 10. October 1943, and was killed the same day, aged 26, and five months pregnant.

Quite why the filmmakers chose to set this tragic tour-de-force in soft-focused pastels remains unclear. Perhaps they had in mind the Studio Ghibli style of a narrative open to two-way interpretation: light and dark. But there is nothing light-hearted about Charlotte’s story and Keira Knightley’s “little-girl” voice puts a trivial spin on epic art work that unfolded in the midst of genocide.

Salomon’s oeuvre is now exhibited at the Jewish Museum in Amsterdam. Charlotte is a dubious undertaking but if it helps to raise awareness of Salomon’s prolific output and attracts new admirers it has fulfilled its purpose. AS