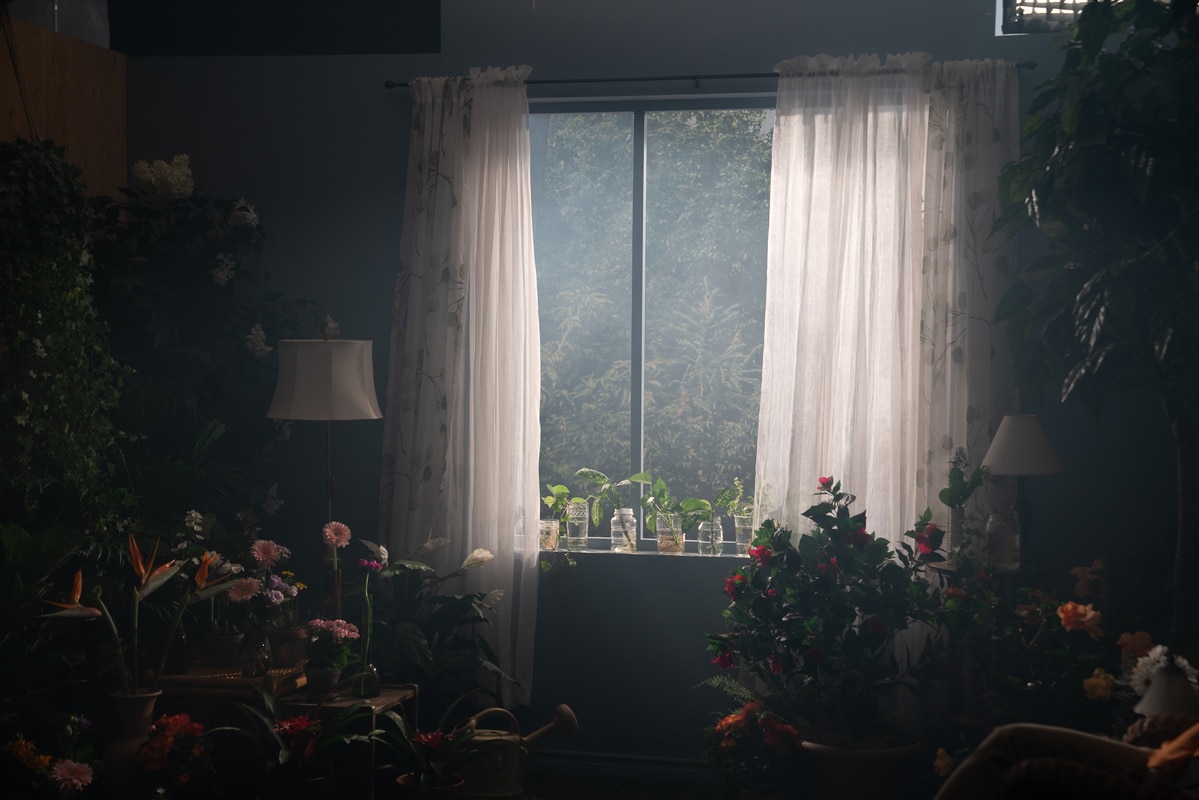 Time, space and identity are disconnected in this enigmatic debut feature that looks at the mysterious death of a fourteen year old Haitian girl. First suicide was suspected, but it soon turns out that Tessa was murdered.

Best known for her award-winning short films This House is a highly personal project for Quebecois Miryam Charles because Tessa was her niece. The two-handed narrative of displacement plays out on three time lines: the past, the present and the future. The first segment sees Tessa (Mbaye) trying to comfort her mother Valeska (Jean-Baptiste) who is still grieving ten years after her daughter’s death. Valeska’s voice-over shifts between her guilt at having taken her daughter to Connecticut – instead of their home in Haiti – and a conversation with Tessa that brings some consolation to both of them.

Valeska glides through the rooms of the titular house where the brutal crime was committed. Intercut are some scenes of the women’s Haitian family who are shown celebrating a victory in the 1995 referendum that would have given independence to Quebec, but was narrowly defeated. Tessa is seen complaining and asking the adults to change channel. Another scene sees Tessa and Valeska sitting at a table groaning with Haitian fare, the mother warning her daughter about the spicy delicacies. Equally down to earth are Tessa’s ruminations about a future she was robbed of, in the lush landscapes of Haiti.

But there are some disturbing scenes: Tessa in her coffin, giving a running commentary while her bereaved family looks down on her body shrouded in white. Deeply affecting is also a scene where social workers ask Valeska how she is coping with her bereavement, and mistaking her apparent composure for complacency. Valeska and Tessa clearly had issues to deal with; the mother’s guilt and the daughter’s ghostly appearance are often at odds with their communication – and even though the teenager tries to console her mother, her anxiety about the future is palpable.

DoP Isabelle Stachtchnko underlines the Proustian atmosphere with hazy visual allure, the light filtering through the Venetian blinds giving the couple an eerie almost ghostly appearance. Some may find the enigmatic treatment annoying, but somehow Charles overcomes this in an otherworldly gem that never outstays its welcome. AS