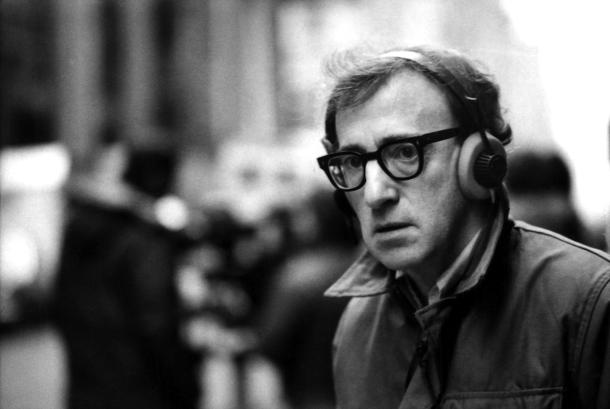 DECONSTRUCTING HARRY (1997) this comedy construct, in which Allen also stars as a writer looking back over his career, has some nastily neurotic revelations that often feel disturbingly personal.  In a star-studded cast led by Judy Davis (in her usual crisis-mode), Demi Moore, Billy Crystal (who transcends the gloom) it emerges that Harry Block dislikes women and tells them this even in the throws of sex. Looking back over the characters in his novels (who he treats like his ex-wives and children), he pops pills and loses his inhibitions. The writing are as sharp as broken glass and the humour just as mordant.

CELEBRITY (1998) plays like a typical Woody Allen satire with a string of Hollywood regulars (Melanie Griffith, Charlize Theron, Famke Janssen) performing in a revue of cameos. Regular collaborator Judy Davis (Robin Simon) is married to Kenneth Branagh (Lee Simon) but all is not well. Branagh plays Woody Allen’s alter ego (faultlessly) and after leaving Davis, becomes a raging lothario attracting the beguiling Nola (Winona Ryder); the gorgeous (Charlize Theron) and then Famke Janssen – all competing for his geeky charm. Meanwhile Judy Davis plays her usual neurotic role but manages to lurch from crisis to crisis. A fun and entertaining look at the vacuity of stardom with a fabulous vintage soundtrack. As in Deconstructing Harry, Allen seems fascinated by the ins and outs of sex including polymorphia.

SMALL TIME CROOKS (2000) is far and away Woody Allen’s funniest film.  Pack to the gills with wit and wisecracks you can play it over and over again and still find more gags to enjoy. Upbeat, in contrast to, say,  Sweet and Lowdown” it’s more along the lines of his first outing Take the Money and Run, with a heart of gold and a genuine message of hope to round off the silliness. There’s not a trace of the bitterness invaded Husbands and Wives and Deconstructing Harry, this is Woody at his most naive and genuine as a comedian. He stars along with Tracey Ullman as an ordinary couple from Coney Island who can only dream of the glamour of Manhattan, who turn out to to be much richer in humanity than the wealthy snobs they end up amusingly rubbing shoulders with. Starts out with a half-baked idea for robbing a bank proposed by Ray Winkler (Allen) and his ex-stripper wife Frenchy (Ullman). Renting the store next to a bank they set up a bogus biscuit bakery that surprisingly takes off with hilarious and lucrative results. Frenchy is transformed by their new-found wealth into a social climber of the worst type who falls into the charming but unscrupulous hands of Hugh Grant’s art wheeler-dealer. Some of the funniest moments lie in Ray Winkler’s attempts to bring the story back down to earth assisted by Frenchy’s stupid sister May (Elaine May) in a superb turn, as they become collaborators in a scheme to steal Elaine Strich’s jewellery. The sheer silliness and light-hearted feel to this satire cum sitcom makes it a watchable delight from start to finish.  MT 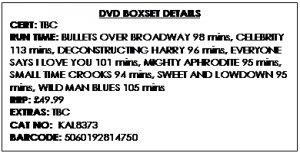