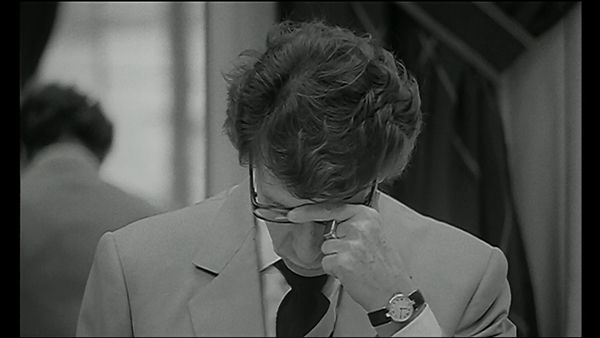 Olivier Meyrou’s long-shelved biopic on Yves Saint Laurent‘s final collection (aka Yves Saint Laurent: the last collections) has come to light again after screening at Berlinale 2007. The reason for its disappearance from the circuit was due to the legendary couturier’s partner and former lover Pierre Bergé, who ordered the film to be taken out of circulation after its world premiere. His subsequent death has now freed up the rights.

Don’t expect a glamorous film full of stars, celebrities and glossy locations. Meyrou takes a serious, anti-glamour approach showing just how serious the French are about the business of haute couture in a film that showcases ‘the devil in the detail’ and the often gruelling, hand-sewn meticulousness of it all. Meyrou also reveals tensions in the distance in the relationship between Yves Saint Laurent and Bergé who are seen from a warts and all perspective.

Seven years before the tall, rangy designer’s death, he cuts a dedicated but troubled  figure in his elegant tailoring and soigné accoutrements. Looking frail and wan, he gives tentative answers during a press interview where he tries to be positive about the future, while appearing decidedly diffident: “I’m the last couture house with a living couturier.” The others in the triumvirate: Balenciaga and Chanel have long lost their eminences grises.

YSL was founded in 1961 by Saint Laurent and Bergé, and later purchased by Gucci in 1999. The films opens in the former offices in rue Georges V where two women employees are effervescing about the past. This film is very much about the “backroom boys”- the people who made it all happen: the seamstresses, designers and assistants and the members of the press so vital in disseminating news during the final collections – renowned fashion journalist Suzy Menkes (now editor of Vogue International) is seen eagerly greeting Pierre Bergé, pen and paper at hand. The models too played a vital part – and each one is remembered for the outfit she wore, and for the particular strengths she bought to the catwalk. A case in point is the elegant model Katoucha Niane whose appearance is a poignant reminder of her accidental death in the Seine in 2008.

As the title suggests Meyrou’s documentary revolves around the preparations for what would turn out to be his final solo collection. He appears taciturn and introspective, the gurning movements of his jaw bear witness to the punctiliousness with which he treats his craft. And although Yves says very little, Bergé makes up for it with imperious obnoxiousness. At one point snatching a tribute from his partner after the show: “Probably, I have a part of that”.  As we all know from extensive film cannon on the designer: Bergé was the brains behind the business while Saint Laurent the heart, soul and talent. His obsession and eagle eye for getting it all absolutely right was well known and respected by all those who worked with him. Yet Bergé seems to has the upper hand and treats him with a boorishness bordering on contempt: “”Don’t lean over like a doddering old man!” he says to his partner at one point.

In immaculate monochrome Meyrou captures and contemplates the fraught energy of these behind the scenes encounters: the twittering tête à têtes of the seamstresses, the endless deliberations between Saint Laurent and his acolytes, and those responsible for the ‘tapie rouge’ and catwalk protocol.

Colour finally splashes into the film heralding the triumphant catwalk defilés: a spectacular tribute to French culture. Celebration quietly captures the era in a film that is memorable for its cool approach that feels impressionistic rather than hyped and over-talky. But those with a keen appreciation of the subject matter will find it thoroughly enjoyable and applaud Meyrou’s restrained approach. MT