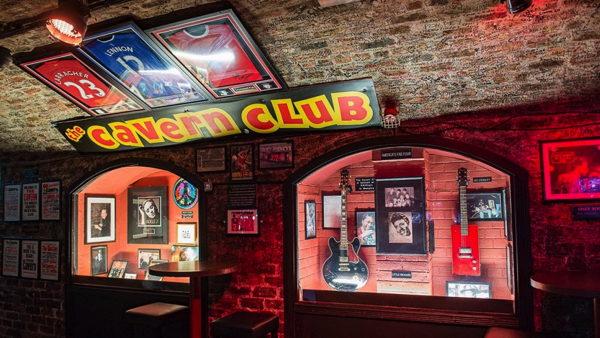 This new documentary tells the colourful history of Liverpool’s iconic jazz club. Best know as The Beatles spiritual home it has also hosted some of rocks greatest bands over the years of its winding road to fame that started in 1957. The club’s location on Mathew Street in the city centre had also served as an air-raid shelter during the Second World War.

Founded by jazz fan Alan Sytner who was hoping to recreate the heady atmosphere redolent of his Parisian jazz cellar experiences, the club became synonymous with Skiffle (a hybrid of jazz, blues and folk) that was popular in the 1950s and later became a major influence on Paul McCartney and John Lennon’s band The Quarrymen even before they became The Beatles. The Fab Four have since returned to the venue for the odd gig. Another megastar in the shape of Adele also played there as recently at 2011

Director Christian Francis-Davies adopts the usual mix of archive footage and talking heads approach to an informative film that also shares grainy footage of the band in the claustrophobic confines of the club’s brick interior playing to a motley collection of young Liverpudlians who would witness and take part in a musical revolution.

After the Skiffle era of the 1950s the 1960 saw The Cavern Club host rock ‘n’ roll gigs headlined by an upcoming band called The Beatles  who went on playing there until   August 1963. From then onwards a variety of iconic bands such as The Kinks; The Who and The Rolling Stones made it their home.

Liverpool saw a downturn in its economic fortunes during the 197os and ’80s and the club suffered too, closing twice and relocating to its current address in Mathew Street where the current owner took over in 1991. Now forming an important part of Liverpool’s social history the Cavern Club today features on a bus tour of the city’s hotspots.