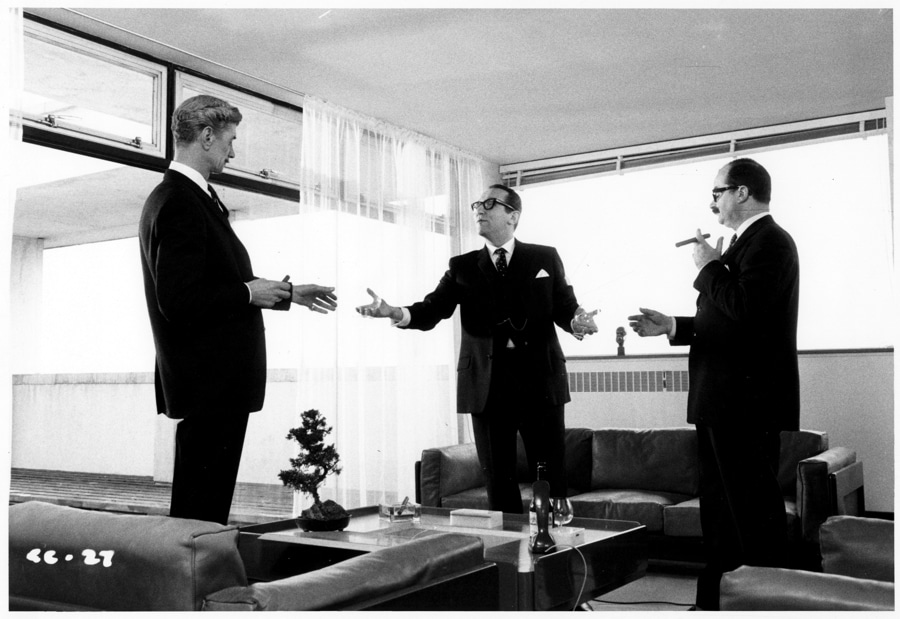 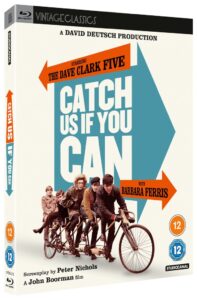 John Boorman’s calling card for Point Blank wasn’t a straight-up musical biopic of the famous early 1960s band (whose 1964 hit ‘Glad All Over’ knocked the Beatles off the top of the UK Singles Chart) but something altogether more interesting, the DC5s music providing the score for a ‘Youth Culture’ escapade. Taking its title from another band hit Catch Us if You Can starts in London then broadens out into an eventful auteurish travelogue of the West Country in an E-type Jag, captured by Manny Wynn’s evocative black and white camerawork. There are some memorable turns – particularly from Barbara Ferris as a model running away with a stuntman (played by Clark) while filming a promo for an ad agency – who then capitalise on the caper. The Five boys don’t have the chops, but they certainly held the tunes – and add a certain cocky verve as ‘Beatle competitors’, and Ferris is amusingly perky as Dinah. Watch out for Yootha Joyce, Clive Swift, Michael Gwynn, Peter Nichols (who wrote the script) and a mellow David de Keyser (who is still with us) as the quintessential Sixties adman adding a touch of edgy class. MT