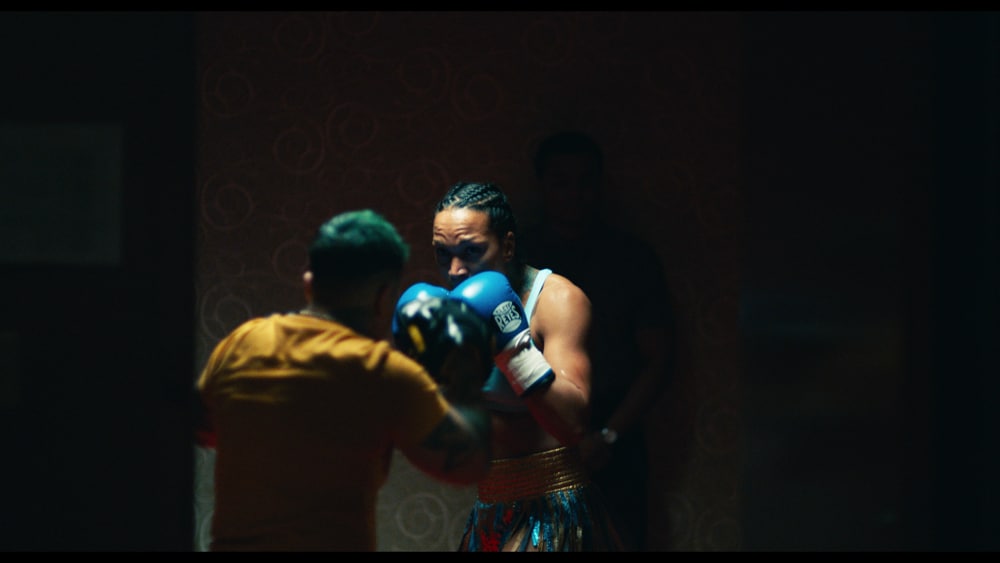 US director/writer Joseph Kubota Wladyka has a bold confession – as a kid he tried to sneak out of the local Arthouse where his parents had taken the family to watch Terminator.

It is no surprise then that Catch The Fair One – exec-produced by Darren Aronofsky (and co-producer by Molley Asher of Nomadland fame) is a straightforward action thriller. But nothing to be sneezed at – this is genre cinema at its best.

Feisty Native American Ex-champion boxer Kaylee (Reis) is having a tough time making a comeback as a boxer, well aware that competition is fierce from younger players. And with her unsupportive mother Jaya (Guerrero), a group therapist bereavement sufferers, and concerns that her sister has been abducted by sex traffickers, the outlook is grim.

Sleeping with a razor blade for protection means Kaylee often wakes up  with blood on the pillow. And this make-ship weapon comes in handy when she is drugged and ‘sold’ to sex trafficker by boss Bobby (Henshall). But Kaylee surprises her guard, kills him, and then sets off for Bobby’s place where she overpowers him and immobilises his son. But Bobby won’t reveal her sister’s whereabouts, so Kaylee must set off on a ‘no holds barred’ mission to track down her sibling.

DoP Ross Giardina’s images of the sleazy underbelly of the boxing gangland are spectacular, so are his flashbacks of Kaylee’s violent times in the ring. A real-life middle-weight champion, Reis is impressive in her hunt for vengeance, her hostile expression striking fear into opponents – both in and out of the ring. Wladyka has certainly watched enough classic movies of the genre: this is a masterclass in tempo and timing. But most awe-inspiring of all is his tight script in a narrative full of twists and turns that never relies on atmosphere alone to keep the audience in thrall for 86 minutes – even the running time is a salient reminder of former B-pictures, who are today ageless wonders. AS