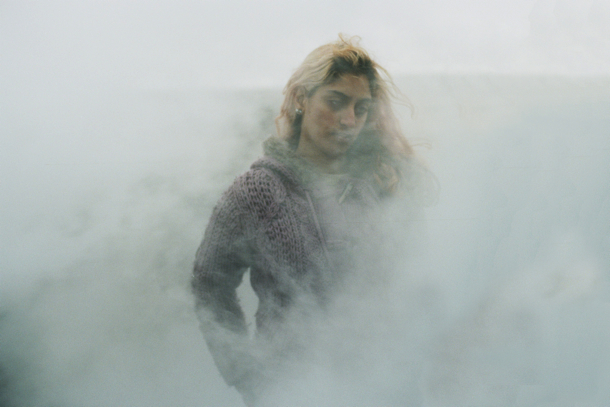 The debut film of the Wolfe brothers, Daniel and Matthew, can’t be faulted on any technical level: with Robbie Ryan’s stunning cinematography and an atmospheric soundtrack featuring music by Patti Smith, Tim Buckley and Nicki Minaj. However, their narrative of a damsel-in-distress (purportedly based on reality) raises so many personal and ideological questions which are never successfully explores make for a cliched chase thriller where type-cast cyphers are drowned out in a cacophony of perpetual motion on the Moors.

Laila (Ahmed), a teenager who has left her traditional British Pakistani family, is living with her out-of-work boyfriend Aaron (McCarron) in a trailer on the Yorkshire Moors. In a bid to track her down, her father sends out two groups of men: a Pakistani gang led by Laila’s brother Zaheer; the other by cocaine addict, Tony (Garry Lewis in fine form). Zaheer reaches the trailer first but is killed accidentally by Laila in a struggle. More struggles ensue followed by a long draw-out final scene where bitter vengeance is finally brought to bear.

The best thing about CATCH ME DADDY is its atmospheric setting on the windswept Yorkshire Moors  where some night-time chase scenes are well-crafted and exhilarating. What pretends to be social realism here is hackneyed victimisation that only goes to re-inforce gender and racial stereotypes: the Pakistanis are all shown as fanatics, indulging in a senseless killing and Laila’s reason for leaving the family is never revealed but touched upon briefly and questionably when one of his group calls Zaheer a “sister fucker”.

CATCH ME DADDY, with its relentless, one-dimensional action mode, leaves no time for contemplation, throwing up so many important questions without ever trying to answer them. The theme of “honour killing” is used merely as background noise to this depressing boys-only action movie which reduces Laila to the usual ‘victim status’ of a female, totally lacking any respect or individuality. MT/AS

ON GENERAL RELEASE FROM 27 FEBRUARY 2015