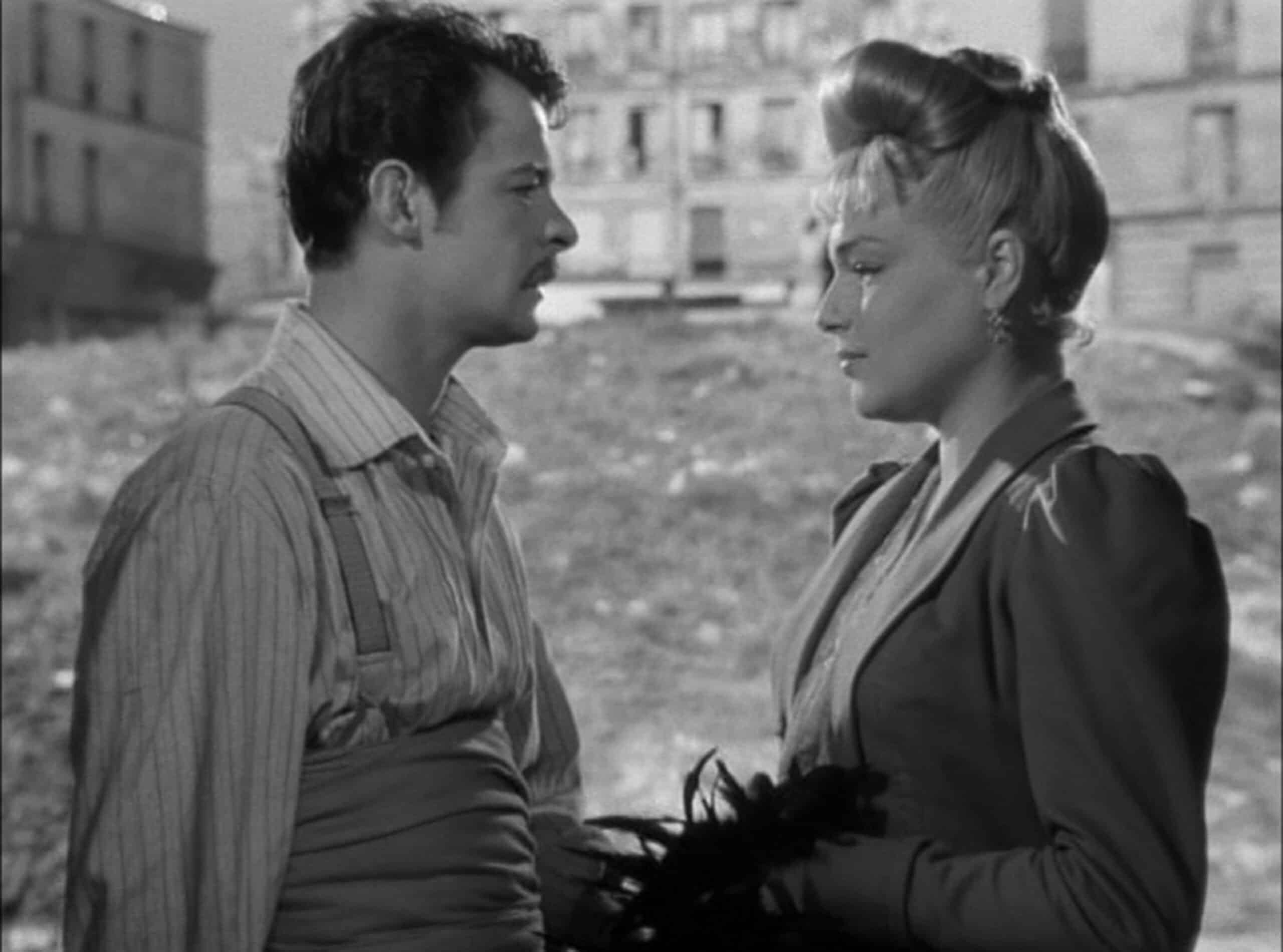 French director/co-writer Jacques Becker (1906-1960) is relatively unknown outside France, his early death at 53 sadly cutting short a promising career that started as assistant to Jean Renoir before he captured in WWII by the Germans, spending a year as a POW. He directed thirteen features

CASQUE D’OR belongs – together with Touchez pas au grisbi and Le Trou – in the Pantheon of French post war features; Becker being a favourite of the critics-turned-filmmakers of “Cahiers Du Cinema”, with Jacques Rivette often collaborating with Becker. CASQUE is anything but a period film, even though its set in 1901, when the real life drama happened.

In Paris at the turn of the 19th Century, CASQUE D’OR follows the love affair between Simone Signoret’s Marie, a gangster’s moll with a heart of gold, and reformed criminal Georges Manda.

Marie (Signoret) has always been on the lookout for a man to save her from the ‘milieu’. And she finds one in the shape of Manda, after leaving abusive boyfriend Roland Dupuis (Sabatier).

When ex-con turned carpenter Georges Manda (Reggiani) arrives on the scene, it is love at first sight. But she has other admirers: Felix Leca (Dauphin), the evil boss of the gang, lusts after Marie and hopes to get rid of Manda, finally killing Roland with the help of a knife (was it a Sabatier like the actor’s name – we shall never know). But Leca’s vendetta is not over and leads to a bitter end after Marie and Manda’s brief romantic countryside idyll

DoP Robert Levebvre’s stunning black-and white camera borrows from Fritz Lang in his scenes with the gang, and Becker quotes from the German director’s film M. His prison escape scene on the lonely road was later ‘copied’ by Jean-Pierre Melville in Le Deuxieme Souffle.

CASQUE is never a melodrama, the protagonists are tied of the gangster code, their actions doomed because of their inflexibility: they are all captives of the set-up they have chosen.

Becker passed his flair and talent on to his sons Jean and Etienne who became directors in their own right, after assisting their father, who had an obsession for details: his film props became linked to the protagonists, and sometimes they were even more significant than the characters themselves.

The 70th anniversary copy has been lovingly restored, and CASQUE D’OR is witness to Becker’s mastery of the many genres he chose for his films  AS