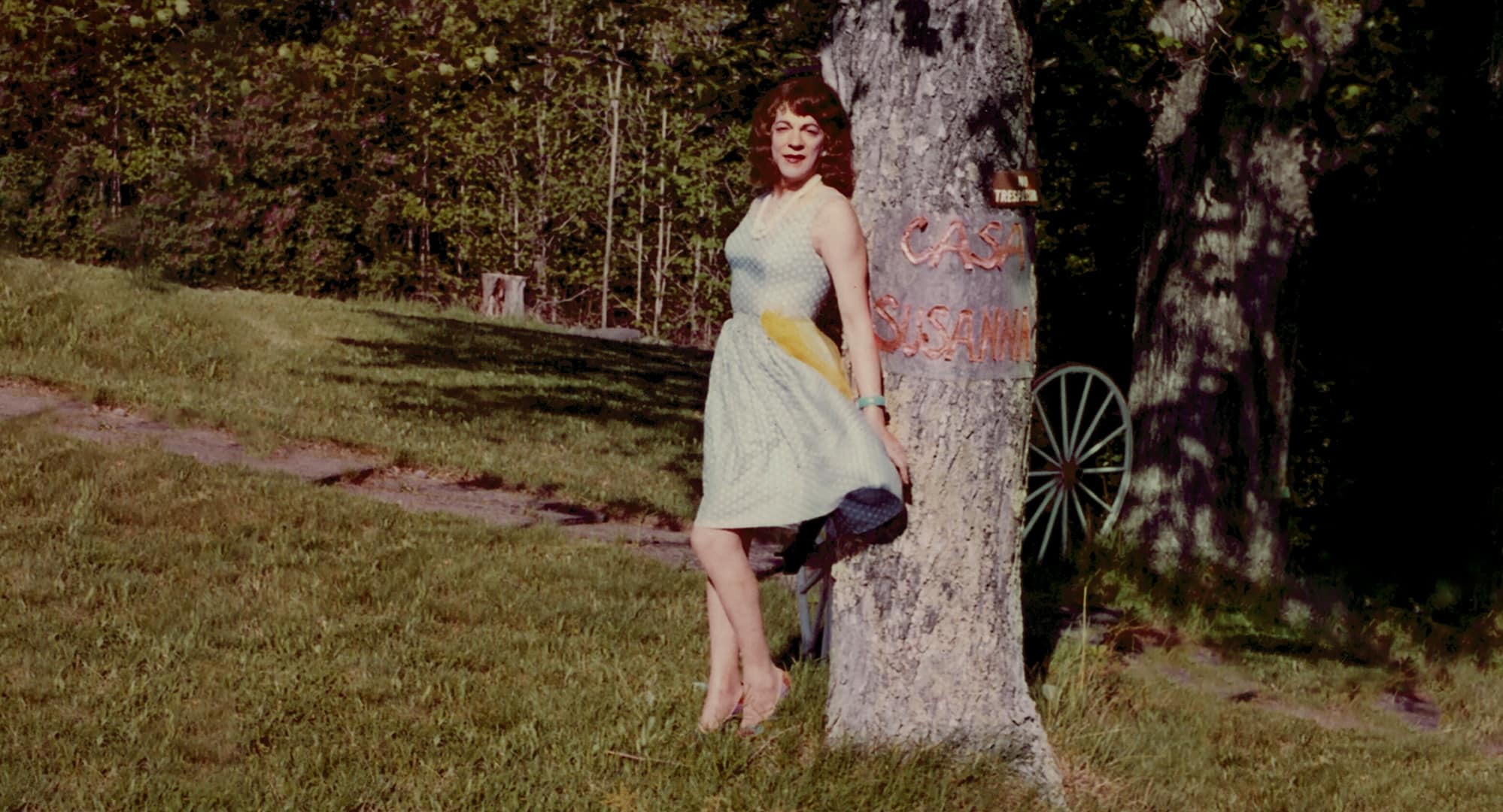 In the open scenes of this well made gay interest film an American broadcaster talks to four dolled up women who turn out to be men. Shock horror probe. But that was back in the Sixties, Nowadays cross-dressing is par for the course thanks to ‘Full Personality Expression’ that allows people to wear whatever they want, wherever they go.

Back in the 1950s and ‘60s this underground network of transgender women and cross-dressing men were forced to find refuge at a modest house in the Catskills region of New York. Known as Casa Susanna, the house provided a safe place to live for a few days as they had always dreamed—dressed as women – without fear of being incarcerated or institutionalised for doing so. Told through the memories of those whose visits to the house would change their lives, the film looks back at a secret world where the persecuted and frightened found freedom, acceptance and, often, the courage to live their lives out of the shadows.

Award-winning documentarian Sebastian Lipshitz enlivens his expose with wonderful photos of New York in the 1960s along with archive footage of Danish cross-dresser Christine Jorgensen, who became an overnight celebrity, and others who joined in. Another woman remembers her father paying visits to the Casa where he enjoyed wearing women’s clothing and only felt comfortable wearing a female nightie in bed. And although the doc slightly overstays its welcome in driving home the point repetitively, it certainly provides a unique and valuable insight for those interested or affected by the issues concerned. MT