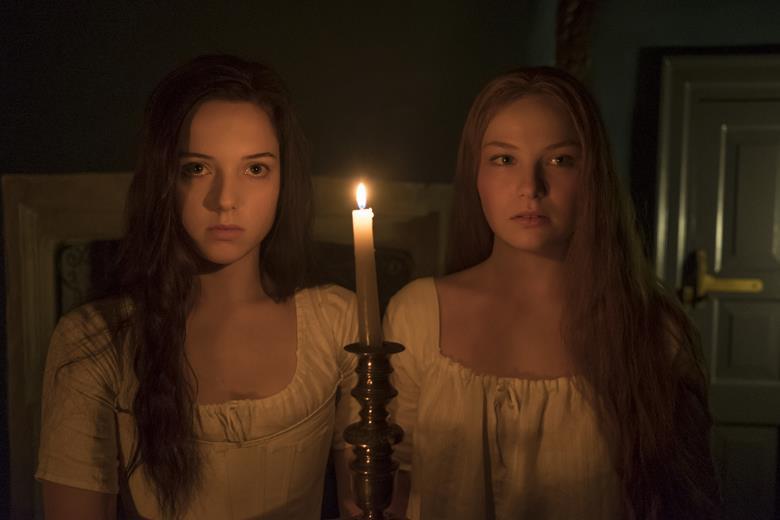 This exquisite-looking atmospheric drama based on Sheridan Le Fanu’s female vampire tale is a blood-drained version of the original spine chiller.

‘Carmilla’ pre-dates Bram Stoker’s ‘Dracula’ by nearly three decades yet remains a more obscure affair lurking behind the more famous ‘Uncle Silas’. And this film version is a pale rider compared to the 1871 novel that chronicles the dwindling life of teenage Lara (Hannah Rae) whose impromptu house guest (an exotic Devrim Lingnau) arrives in a mysterious carriage. Carmilla eventually outstays her welcome – not not by drinking Lara’s cellar dry – but draining her hostess’s blood and reducing her to a bedridden cypher.

Women of that era were destined to be seen and not heard, and this is the fate of Lara whose increasingly demure behaviour fails to alarm her family. In her first film, Emily Harris stays faithful to the supernatural powers of the book but fails to convey the sinuous terror instilled by Sheridan Le Fanu’s novel. Carmilla is a fable fraught with sullen and brooding characters, but most of the support cast here just seem lacklustre. Never mind a splash of blood, Harris could have added a jolt of life by reanimating the novel’s spectacular opening carriage scene, adding some vital backstory and dramatic heft as a counterpoint to the languorous aftermath in the claustrophobic interiors of the remote country pile where the Gothic tale unfolds.

DoP Michael Wood conjures up summery English scenery and lowkey candlelit interiors that set the perfect scene for a sapphic ‘love story’ to be delicately evoked by the bewitched duo. Shame then that Harris fails to breathe life into this rather wan thriller that feels as lethargic as the lovers themselves . MT