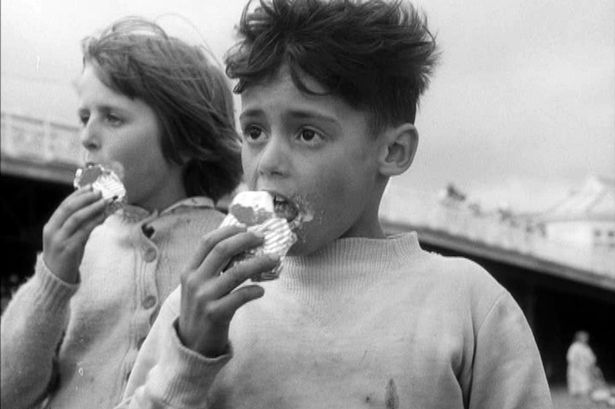 Captured, but not tamed: The cinema of John Krish

Until quite recently John Krish was one of British Cinema’s best kept secrets. But in recognition of his valuable contribution to British cinema that started in the late ’40s, the BFI has raised the profile of the now retired auteur with a series of interviews at their Southbank Centre and the re-issue of his early work on DVD, putting his films back on the cinematic map.

John Krish was born in London in 1923 and started his film career in his early twenties at the Crown Film Unit where he assisted Harry Watt and Humphrey Jennings. And though he later worked for British Transport Films making propaganda films, he later became an individualistic and maverick director. Noted for his offbeat features Unearthly Stranger and The Man Who Had Power over Women, he was best known for his documentary shorts that are vivid, humane and insightful film essays showcasing British life. 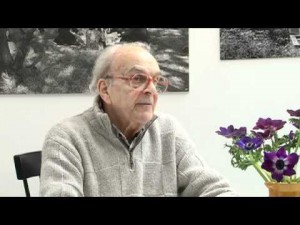 In films such as They Took Us to the Sea (1961) in which a group of children, funded by the NSSPC, are taken by train to the seaside; The Elephant Never Forgets (1953) – a celebration of the final hours of the last South London tram and I Think They Call Him John (1964) that portraits a day in the life of a pensioner alone in his flat; Krish brought dignity, compassion, humour and acute social observation to his subject matter. There is often a moment in a Krish film that crystallizes the inner life of his characters. His powers of observation were well-developed, enabling his camera to evoke the subtlety of body language and expression.  Such allowance of pathos – but never sentimentality – was probably one of the reasons Krish never felt an affinity with the Free Cinema Movement of the fifties: Reisz, Richardson and Anderson always kept more emotional distance back then. In I Think They Call him John, an old working class man goes through his solitary ritual of cooking; watching TV and washing up – a routine that  has gradually solidified his loneliness. Whist looking out of his window, an unseen motorcyclist roars by. John’s vacant expression conveys so much about the post-war world that has simple passed him by. It is a poignant scene comparable to De Sica’s observations of a retired civil servant in the quietly devastating 1952 film Umberto D. 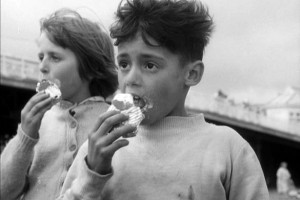 And the obviously happy faces of children on a train in They Took Us To the Sea (it’s ‘the sea’, not ‘the seaside’ – inferring what is practical over what is pleasurable), are intercut with children who look hurt, puzzled and withdrawn. This is not simply a film about the virtues of NSSPC care, but a nuanced depiction of kids who have missed out on holidays because they can barely comprehend horizons beyond their limited existence in the city.

Krish’s naturalism was always aligned to a quirky and surreal way of seeing. The Elephant Never Forgets has a celebratory joy that recalls the early TV work of Ken Russell: watching it now, it is hard to believe that twenty thousand Londoners could get so involved in the life of a tram, just before it was broken up for the eager scrap merchants. However the repeated use of the music hall song, “Riding Along on the Top of a Car” makes for a gem of a film that moves you to tears. And in Drive Carefully, Darling (1975) we have fantasy experts in white coats operating the brain and senses of a reckless motorist. Yet even such Sci-Fi children’s book illustration is cleverly edited with touching shots of a wife, who won’t see her husband alive again, doing the shopping. 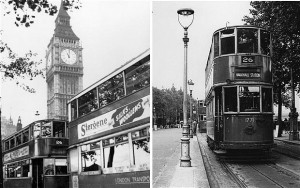 Yet Krish’s most audacious short has to be The Finishing Line (1977). This is a British Transport film about the dangers for children playing near a railway track. By imagining a school’s sports day (a very British occasion) replete with brass band and summer afternoon teas, Krish transcends his public information remit to produce a deadpan horror film. As the children, aided by teachers and parents, compete in such events as racing across the railway track, throwing stones at a train and walking through a long tunnel; the injuries and deaths pile up in a chilling manner that to this day still shock and haunt. The Finishing Line’s graphic violence is always judiciously understated. Krish maintains a cool moralist’s eye. The film’s a nightmarish deterrent for any child considering having fun on a railway track. Occasionally the film teeters on the edge of subversion. Not in the manner of a Lindsay Anderson, with the public school slaughter seen in If…, but a sense in which the authorities (parents, teachers and ambulance staff) calmly manage the games and administer aid in a massacre of the innocents; all the while hinting at darker, unspoken fears about complicity, safety and adult responsibility for its young. Although such unease is subtly generalised throughout the film, it did not prevent Krish’s powerful short from being withdrawn after its TV screening. British Transport had the film banned for twenty one years. 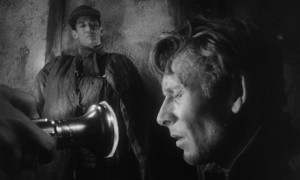 A ban was also placed on Krish’s military intelligence film Captured (1959). Indeed the film so freaked out the authorities that they viewed it as a bad advertisement for anyone wanting to join the armed services. The few permitted screenings (for recruits only) had to be supervised by a senior officer. Captured documents the British soldiers, during the Korean War, who have been captured by the Chinese. The prisoners undergo a stark re-education in the aims and ideals of Communism. One captive (Alan Dobie) is subjected to brain washing, brutal coercion and torture (the uncomfortable water boarding scenes are brilliantly filmed). The film grips like a vice in a tightly framed film noir. Krish also gives Captured complex characters placed in a strongly dramatic storyline. Stereotypes are avoided. Krish frequently points out the need to keep both a collective and individual resistance to interrogation methods. For a divide and rule approach is what the torturers hope to achieve. Indeed it’s the tension between a prisoner who is almost pushed out of the group for suspected enemy collaboration (both ironically rightly and wrongly so) and the victim/torturer scenes, that make for such a morally engaging film. Captured depicts the painful road to travel in order to learn the correct response towards the real enemy, who is always the Chinese and not your fallible fellow prisoner.

Visually outstanding, Captured has many tight and beautiful compositions. Images of an abandoned prisoner; a group of soldiers confined in a hut where fraught conversations are shot with assurance and rigour. Captured is a long short film (65 minutes) in a drama-documentary style and remains a forceful human story transcending its military education aims. 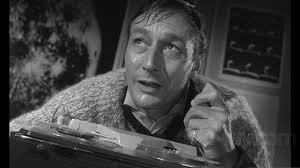 Krish’s feature debut, Unearthly Stranger (1960) is also an unqualified success. The film was shot on a shoestring, but none the worse for it. The film’s direction, writing, editing and photography are finely focussed on the story of a female alien, Julie (Gabriella Licudi), who’s married to a scientist (John Neville) working on a space project. The twist in the tale is that the alien has fallen in love with the man she has been sent to kill. Her displays of emotion mean that tears literally burn her skin. In a haunting scene were the alien wife frightens children in a school playground, there is sense that they are recoiling from her, sensing her otherworldliness. This is almost Village of the Dammed material played in dramatic reverse. And the film has more than a hint or two of Siegel’s Invasion of the Bodysnatchers. As in Captured, its ending is uncertain and uncompromising. 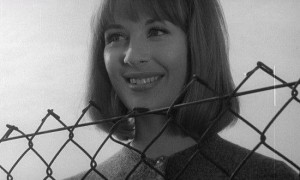 Captured was made as an industry calling card to secure John Krish more work as a features director. But the work never materialised and the film was not publically screened till 2003. Krish’s debut feature, Unearthly Stranger was still very short – seventy five minutes, only ten minutes longer than Captured. Both films concern strange hostile forces that want to take over the world. Captured for its Communist ideas, was generally perceived as strange and hostile to Western values. And Unearthly Stranger’s apprehension as to what exists in the stratosphere, beyond our planet. Their Cold War linkage seemed a natural progression for John Krish’s talent, making us long for more Sci-Fi, psychological horror or even thrillers. But Krish was never cut out to work in the style of Hammer Film; he got stuck with material that was not of his own choosing. A handful of features The Wild Affair, Decline and Fall of a Birdwatcher and The Man Who had Power over Women are comedy dramas hampered by clunky scripts and unsure direction. These films have some positive elements: Acute social observation, a surreal touch and incisive editing made his shorts outstanding. He turned the Public Information Film into an art form by stamping his personal signature on the genre. Those works, and his two not quite feature-length films, are his legacy. A concerned humanist with dark energy and vision; John Krish was really quite special. And he is still with us, now aged ninety two. A recent engaging BFI interview with him reveals a feisty and engaging personality. Alan Price©2016