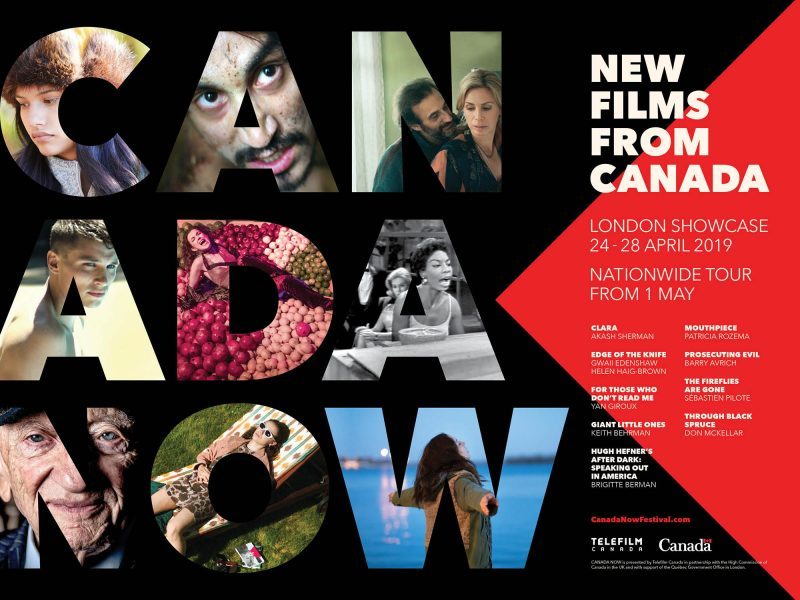 CANADA NOW festival brings a selection of new Canadian films to the United Kingdom. Launching on the 24th April 2019, nine films will play across five days at the Curzon Soho and Phoenix East Finchley cinemas, followed by a nationwide tour

As always, the 2019 CANADA NOW celebrates the independent spirit that has always been a hallmark of Canadian cinema along with its cultural diversity and twist of French heritage.

The festival opens with the London premiere of Keith Behrman’s LBGTQ+ drama GIANT LITTLE ONES, a refreshingly original and emotionally powerful coming-of-age drama. And the festival closes with Barry Avrich’s PROSECUTING EVIL, a feature biopic of Benjamin Ferencz, the last surviving Nuremberg prosecutor and life-long human rights activist. CANADA NOW expects many of the filmmakers and cast to be in attendance.

Alongside eight U.K. premieres, CANADA NOW also includes a performance from Canadian filmmaker Daniel Cockburn of his surreal, autobiographical show HOW NOT TO WATCH A MOVIE.

The full programme is listed below, and tickets are now on sale: