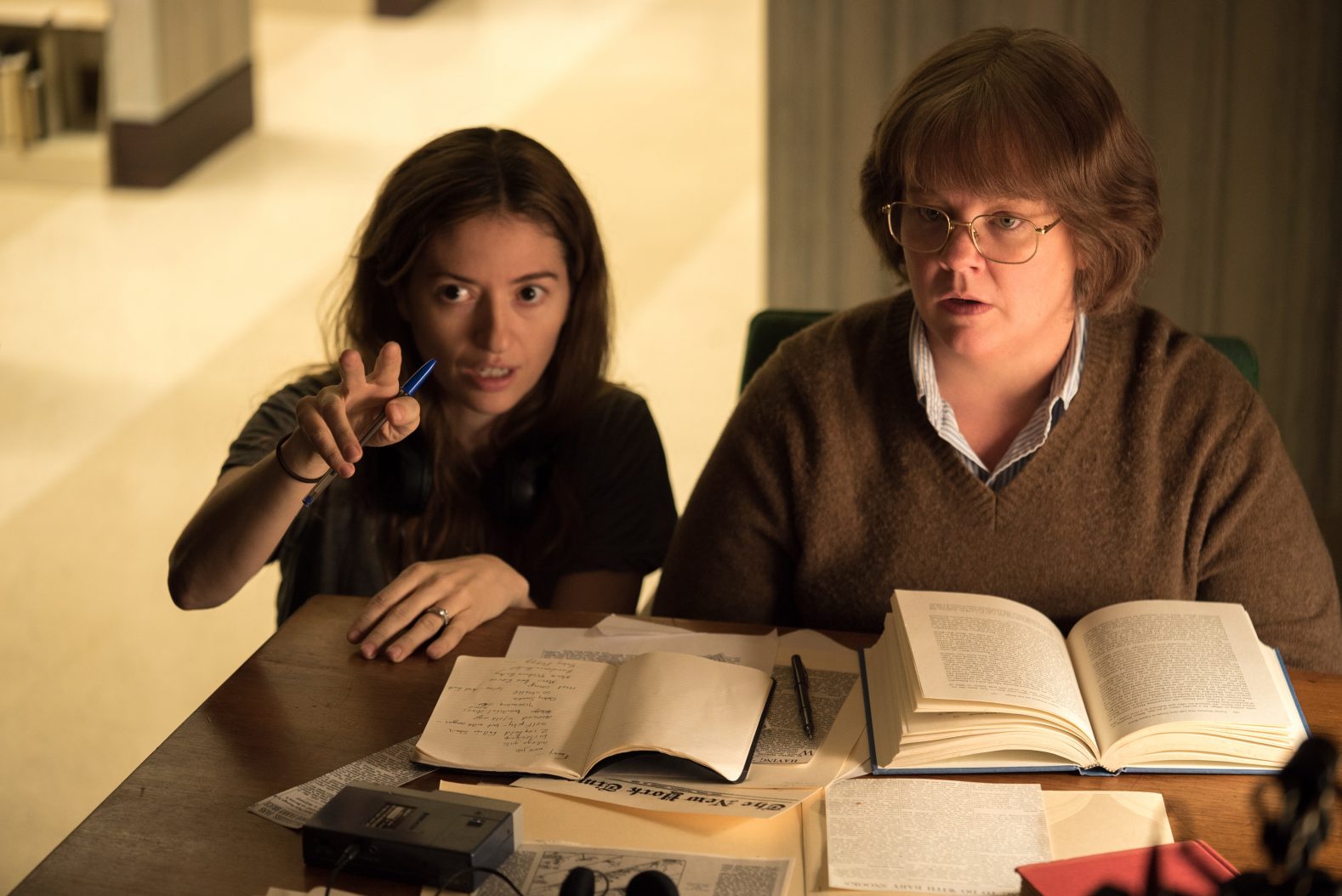 Celebrity biographer Lee Carol Israel (1939-2014) made a decent living writing biographies of the likes of Estée Lauder and Katherine Hepburn. But when her books no longer sold she turned her hand to a deceptive means to make money in this darkly caustic literary ‘thriller’ adapted from her memoirs by Marielle Heller (The Diary of a Teenage Girl).

Scripted by Nicole Holofcener and Jeff Whitty it follows Israel’s descent into forgery after her literary career comes to a grinding halt. Mellissa McCarthy atones for some mediocre support performances with her powerhouse portrayal of a misanthrope who cannot accept that her work has gone out of fashion. Meanwhile, her bills pile up and Lee sinks deeper and deeper into alcoholism and unreasonable behaviour. Agent Marjorie (Curtis), tries to help Lee, but only gets disdain and anger for her trouble.

Then quite by chance, Lee comes across a note written in a library book and accidentally left there by a well-known writer, and it gives her an idea: she starts forging notes purportedly written by Noel Coward and Dorothy Parker, spurred on by her jailbird friend and accomplice Jack Hock (Richard E. Grant). Israel cashes in with booksellers, who re-sell with a profit at a time where this kind of activity was alarmingly unregulated. Among them is Anna (Wells), who is blinded by Lee’s past glory, and fancies a romantic engagement. But this is furthest from Lee’s mind: she is afraid of any sort of intimacy; a meeting with her ex-lover Elaine (Smith) confirms this. But the easy money  soon slips away: Lee is blacklisted when her forgeries come to light, so she has to go one step further in this dark biopic of descent into shameless deception.

There is hardly anything positive to say about Lee Israel: she is unattractive physically and personally and also extremely arrogant, claiming “I am a better Dorothy Parker than Dorothy Parker”. Unable to feel any empathy, Lee goes through life with a tunnel vision of arrested development. It is to McCarthy’s credit that she wrings some withering humour and a chink of humanity laced with sardony from this egomaniac.

DoP Brandon Trost lovingly re-creates a New York before the internet, and there are some glowing skylines, welcoming bars and cosy bookshops where people had the leisure of reading and discussing. Marielle Heller directs with great panache, and McCarthy carries the feature with gusto for the socially inept and deluded Lee Israel, whom she humanises with a performance of nuances. AS