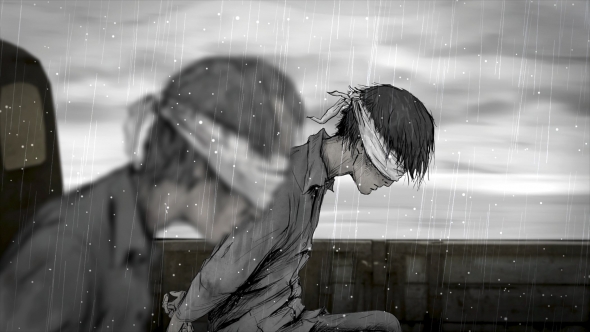 Are we inured to the atrocities of death camps? Do they become less horrific the more we are exposed to their heinous crimes upon humanity? Here a South Korean escapee of Kaechon’s repressive North Korean ‘Camp 14’ tells his true story. Shin Dong-Huyk was born to prisoners in the camp; his first memory is of a public execution, aged 4. From that point he is subjected to starvation, forced labour, torture and deprivation.  From this early age, lies and murder were just as common to him as love and affection are to most other children. Deceit and hatred became the norm. With no conception of family life, how can Shin become a decent human being having been dehumanised? 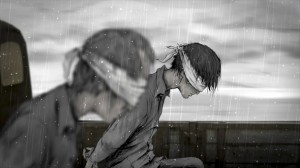 With its sombre  visuals and ambient soundtrack of wind and rain, Wiese’s documentary makes depressing and unsettling viewing. Based on Shin’s commentary intercut with animated sequences created by Ali Soozandeh (The Green Wave), Shin comes across as a reasonable man as he chats to young people in the Human Rights group ‘Link’, occasionally losing his nerve.  But, like most children subjected to emotional hardship at an early age, Shin is damaged and the only place he can really fit in is the camp.

Camp 14’s unspeakable environment can only breed sociopaths, witnessed in interviews with former guards who talk candidly of their crimes: rape, torture, cruelty, calling to mind Joshua Oppenheimer’s recent doc: The Act of Killing. But what is missing here is the reasons for these guard’s defections and tangible facts. History can never forgive what went on in Camp 14, and this remarkable story gives further evidence of the capacity for evil present in a human nation. A valuable piece of filmmaking that warrants a viewing; if you feel strong enough. MT