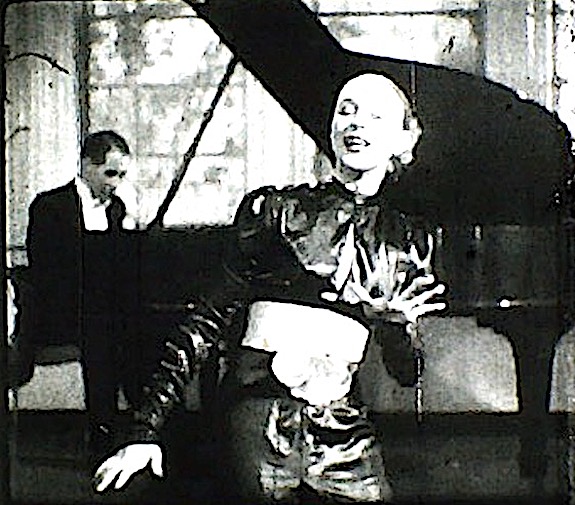 Shown in the small hours by Talking Pictures, this tinny Joe Rock potboiler is of archival interest for the visual record it provides of the likes of The Mills Brothers, Mantovani and Nat Gonella, loosely held together by a farcical plot involving Clapham & Dwyer in the doghouse for saying a naughty word on the air and getting involved with Claude Dampier as a gormless rat poison salesman rejoicing in the name of Pomphrey Featherstone-Chew.

Purportedly the film debut of Arthur Askey, a sassy young Evelyn Dall supplies the glamour; and the finale is broadcast using television technology far in advance of that actually then available. @Richard Chatten.