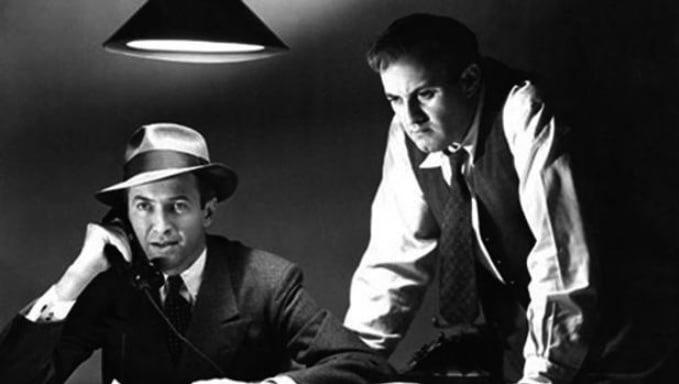 The postwar Jimmy Stewart demonstrates his new, hard-won gravitas in this engrossing drama in which background music and narration are largely absent as he investigates a conviction he becomes increasingly convinced is unsafe; while Richard Conte plays a downtrodden Pole rather than a downtrodden Italian as the innocent man sentenced to 99 years.

Most viewers already know (even before Truman Bradley informs us in the opening narration) that Conte is released, so it’s HOW rather than WHETHER he’s cleared that holds the attention; and it all gets rather involved. That those in authority found it convenient to leave Conte in jail is touched upon, while high-tech gadgets like polygraphs and microfilm cameras further the narrative, and such a gadget makes for satisfyingly cinematic climax that anticipates ‘Blowup’ by twenty years. But (MASSIVE SPOILERS COMING:) was it really possible in 1944 to blow up the date on a newspaper as sharply as is done here, and (as my predecessor observed) why did they ignore the pictures on the front page, which we never see sharpened up and would in themselves have confirmed which edition the newsboy was holding?

Real life as usual inevitably denies us such a tidy conclusion as ends the film; since the real Joseph Majcek, actually led a troubled life following his eventual release from prison in 1945 and ultimately ended his days in a mental institution in 1983. ©Richard Chatten