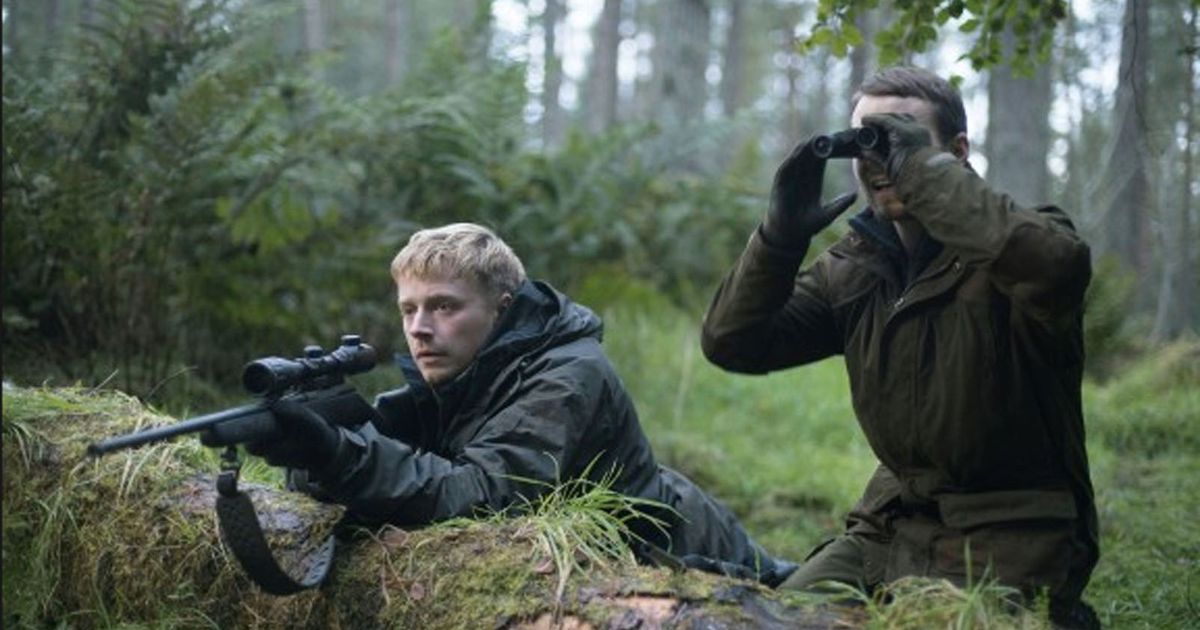 A wee weekend in the Scotlish highlands has no happy outcome for anyone concerned in this gritty thriller that sees the usual low budget British gangland flick evocatively transposed to north of the border.

Calibre is the feature debut of seasoned shorts director Matt Palmer whose canny script certainly makes for gripping if uncomfortable viewing. The only downside is the lack of a spunky female character to counterbalance the fearsome  red-bloodied males in a cast led by Jack Lowden (Dunkirk/Small Axe).

After a romantic opening scene the engines start firing when suburban, soon to be father Vaughn (Lowden) bids farewell to his fiancé Anna (Morgan) and heads off with close friend Marcus (McCann) into the wild and rather hostile territory of West Lothian for a spot of deer shooting.

Palmer and his Hungarian DoP Mark Gyori establish the dour milieu of the tartan-shrewn hunting lodge where the two settle down to a night of heavy drinking, you can almost hear the bagpipes grinding ominously in the gloaming. Dawn sees them venturing into bristling gorse-lands nursing hangovers that clearly skew their shooting skills. What happens next is pivotal to the remaining hour or so of the film where the two wish they had spent the weekend quietly at home in Edinburgh rather than drenched in dread and despair up north. A gross error of judgement leaves Vaughn and Marcus toughing it out at the lodge, rather than reporting events to the local police, or even heading home – there’s also a suggestion that some kind of business deal is attached to the trip to explain their staying, but this is a minor flaw in an otherwise gripping little thriller. One mistake leads to another as soon all hell breaks loose with the locals who are not able to forgive or forget. There’s a Straw Dogs feel to the way the film plays out, and it’s brutal and not for wimps.

Most of the violence occurs off-camera with Chris Wyatt’s clever editing skills conveying an unbearable tension that gnaws away as the vehement locals prepare to take matters into their own hands. MT