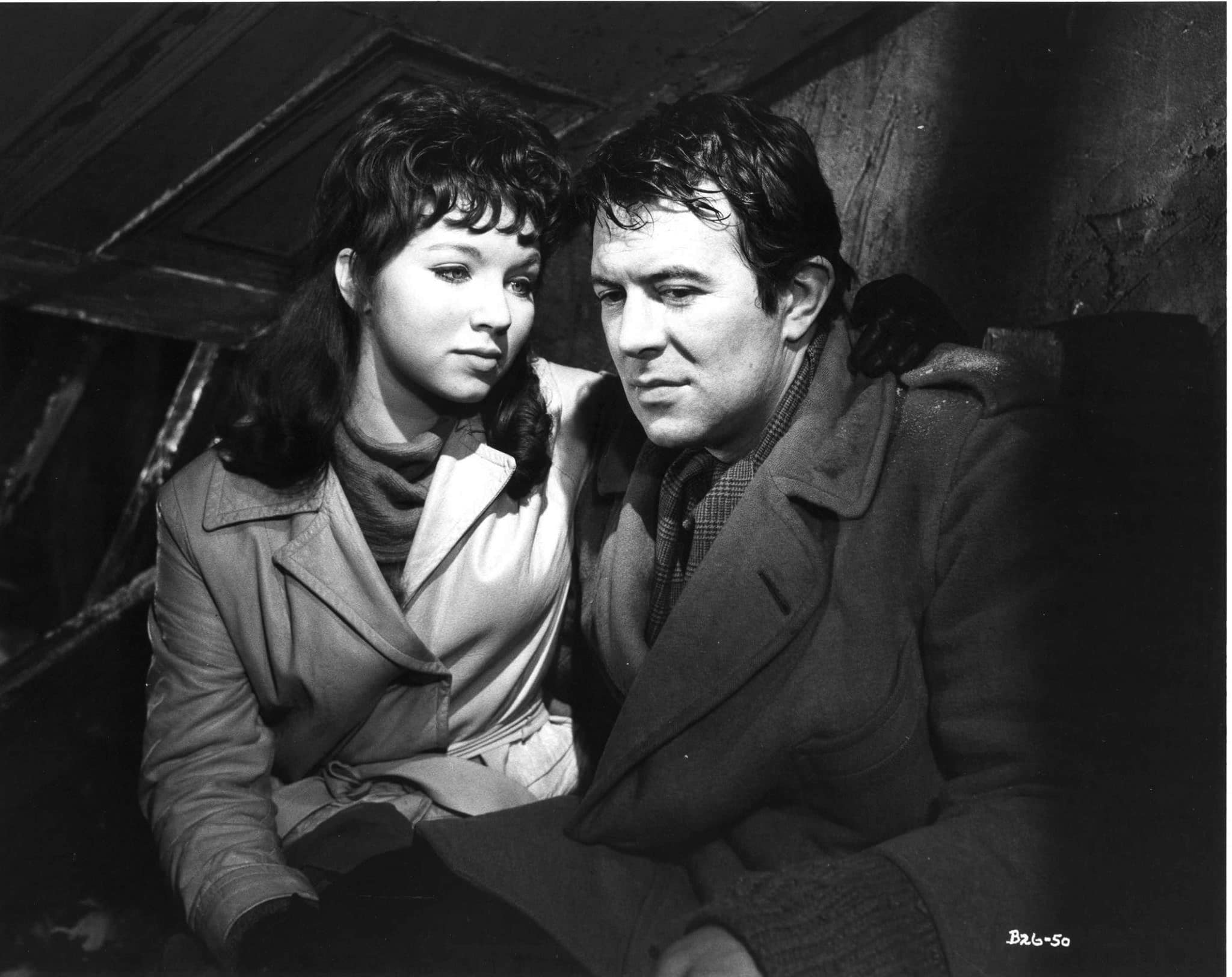 Since negotiating today’s icy pavements itself constitutes a calculated risk at the moment, this constitutes a timely revival for a bleak little caper film scripted by the actor Edwin Richfield set against the atmospheric backdrop of the great winter of 1963 (and a notable omission from Chibnall & McFarlane’s 2009 book ‘The British ‘B’ Film’).

Calculated Risk was made on a measly budget of £19,685, and none the worse for it. One critic said of it: ‘The script is tight, the vivid black-and-white photography perfect for the tale that’s told, and even though one of the actors are known in this country – and maybe not even in England – they all fit their characters well, and what more could you want?”. What more indeed.

Atmospherically set in a London still strewn with bombsites and unexploded wartime bombs, our old friend Wormwood Scrubs appears in the opening scene shrouded in snow. Beatles producer George Martin provided the snazzy soundtrack at the same time as he was working on the band’s Love Me Do, and they travelled down during the Big Freeze.

I won’t give away what happens other than mentioning that crime wasn’t allowed to pay in those days. Maybe they should have waited until the weather got a bit warmer, like the pros who carried out The Great Train Robbery that summer. Richard Chatten.