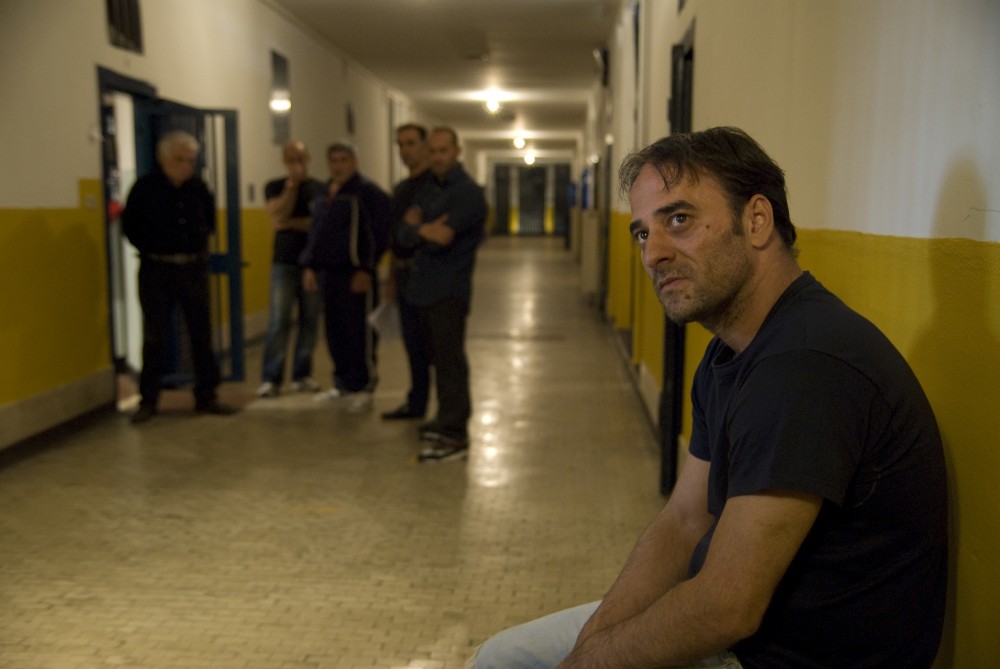 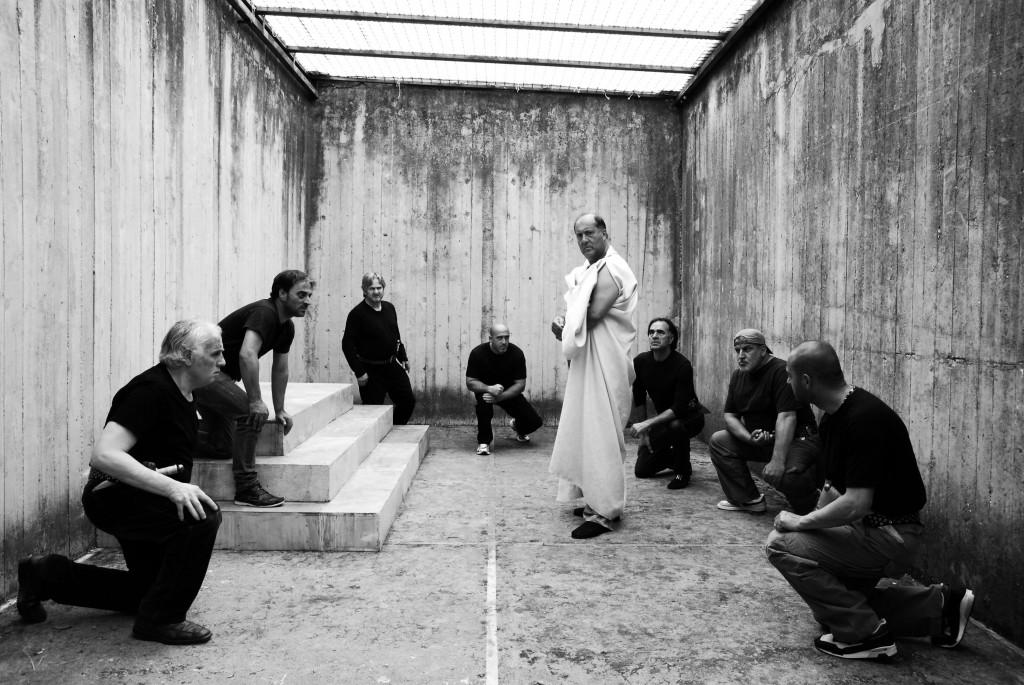 Caesar Must Die won the Golden Bear at Berlin last year, a fitting tribute to the Taviani Brothers who are well into their eighties and veterans of the silver screen.  Padre Padrone (1977) was their brilliant adaption of the novel by Ledda Gavino that dealt a Sardinian farming community but nobody expected that they would be back again to the limelight with this piece of social realism similar in tone to Padre Padrone nearly 40 years later.  That said, Caesar Must Die was always going to divide the critics and, indeed, audiences for its contraversial subject matter.  For all its theatricality, vim and vigour, it’s a stark film to look at and a heavy one to watch.

You might expect a film about a mis-en-scene of Julius Caesar within a prison by its hardened criminal inmates to be gutsy and volatile but what you might not expect is that it could be emotional and heartfelt.  All all these are actors who’ve committed crimes: murderers, rapists, thieves and embezzlers. People who’ve destroyed lives and caused untold misery to their victims none of whom are up for an award but who are coming to terms with loss, grief and heartache.  But the Taviani brothers have given them a chance to express themselves through the medium of theatre and to act out roles in a play that originally featured characters who possess the same traits as they do.  So who better to portray roles such as Brutus and even Caesar himself than inmates of Rebibbia maximum security jail on the outskirts of Rome. 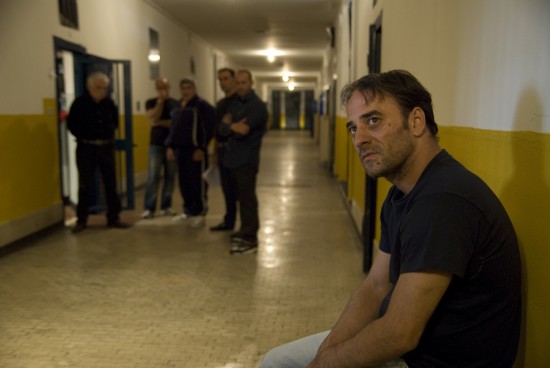 Beginning with the ending of the performance the film then flashes back to the start of rehearsals.  The actors ‘audition’ face to face with the camera as they talk about their families and their personal lives. As they craft their individual performances they start to compare how the subject matter reflects their own lives in such a way that boundaries between reality and artifice are sometimes blurred or hard to define.  In this way, the Taviani’s on-screen prison becomes a metaphor for contemporary life, a microcosm of modern Italian society with its power struggle, social dynamics and contemporary political scene.  A very clever film yes but an appealing one, not really. MT