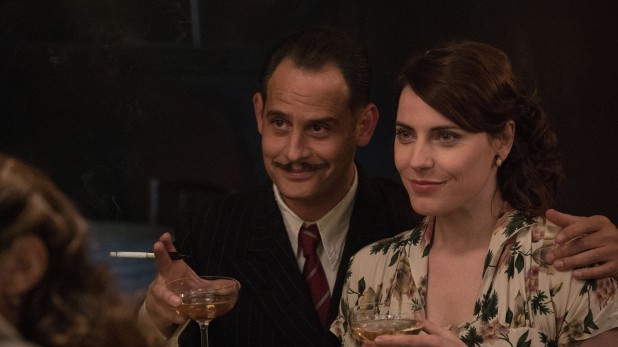 Sam Garbarski’s rousing but tonally uneven drama takes place in the immediate aftermath to the Second World War where in Frankfurt, 1946, Moritz Bleibtrau’s glibly charismatic Jewish businessman has lived to tell the tale and is back to the drawing board of his previous existence, running a linen business owned by his family – who were not so lucky and mostly perished during the Holocaust. He and his other self-appointed salesmen try inventive ways to inveigle themselves into the homes and hearts of the local German housewives in order to peddle their wares, and get the business up and running again.

Based on Michel Bergmann’s ‘Teilacher’ trilogy the narrative is true to the page but somehow the book’s intended dark humour misfires on the screen, although the themes raised are certainly worthwhile in exploring the subtle nature of immigration and repatriation. Meanwhile, David shares a palpable onscreen chemistry with special agent Sarah Simon who is investigating questionable links to his past concerning a possible Nazi collaboration.

BYE BYE GERMANY is a lively and fast-moving drama if you buy into its humour, so let’s not bounce it out of court. If nothing else it is a tribute to the European Jews who chose to remain in their homeland of Germany with its painful reminders and past hostilities. MT