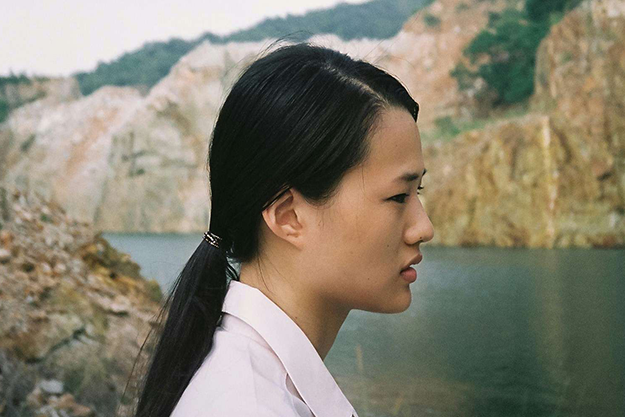 Thai director Anocha Suwichakornpong’s latest film is a magical mood piece that calmly explores the nature of memory through lives traumatised by the government’s military-led massacre of student demonstrators in 1976 Bangkok.

Her characters are so deeply affected by the past that their bid to re-discover themselves in the present often skews their recollections as they grapple to find the truth and explore the nature of identity in a world floundering in sensory overload and media intervention. Often silent and meditative, Suwichakornpong’s film makes judicious use of a recurring musical motif that punctuates the often bewildering narrative that unfolds in three settings.

The story opens as a group arrives to pray and meditate in a large room with panoramic views of the surrounding verdant landscapes. In monochrome flashback, armed soldiers hold sway over their prone captives in a brightly staged setting that could be a prison or a memory of the massacre. The scene that follows pictures a couple strolling calmly in a woodland setting, the hostilities still fresh in their minds as they calmly discuss political activism.

Meanwhile her alter ego filmmaker Ann (Vichit-Vadakan) is preparing to make a feature film of the University massacre that took place nearly forty years previously. In the same rural house she prepares to interview her character Taew (Rassami Paoluengton) about her experiences during the fateful onslaught. But Taew sharply criticises Ann’s approach as lacking gravitas surrounded, as she is, by the trappings of her serene life in contemporary Thailand.

Ann realises she is totally ill-equipped to-create the trauma and  her mind starts to wander off into a reverie, and at this point the narrative becomes increasingly surreal with images of fast-growing vegetation marking the shift to another character Peter (Arak Amornsupasiri) a popstar and actor who is seen taking a flight to Bangkok where he settles down to read a film script in his modern condo. Then we are back to another glimpse of Ann (Inthira Charoenpura) and Taew (Penpak Sirikul) in more glamorous circumstances in the same country house, with the same film project.

The only character who connects these disparate scenes is Atchara Suwan’s unnamed worker, who variously plays a chambermaid, waitress, cleaner and monastery employee completing this surreal and enigmatic rumination. Suwichakornpong handles the ever-shifting form with consummate deftness while Ming Kai Leung’s camerawork moves seemlessly through the diverse sequences to capture the ethereal beauty of the verdant settings and swirling citiscapes. MT