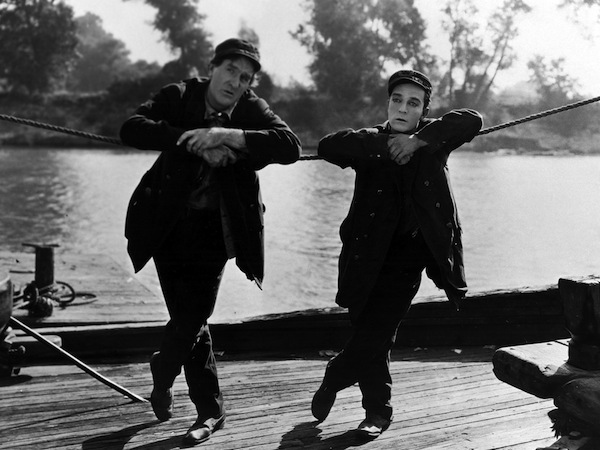 Between 1920 and 1929, Buster Keaton created a peerless run of feature films that established him as one of the greatest actor-directors in the history of film. Three films in particular showcase his talents Sherlock Jr, The General and Steamboat Bill, Jr.

SHERLOCK JR (1924) A film projectionist and amateur sleuth offers to solve the case of a missing watch, but is instead framed for the crime. In his obsession to clear his name he literally steps into the screen to bring his fantasies to life, in one of the most remarkable sequences in cinema history.

THE GENERAL (1926) A courageous railway engineer crosses enemy lines to pursue some union spies who have stolen his locomotive, and his girl. Widely considered to be Keaton’s masterpiece, it stages some of the most enjoyable chase sequences ever committed to film.

STEAMBOAT BILL, JR (1928) A steamboat caption receives notice that his son intends to make a visit for the first time in many years. What emerges is not the strapping youth of his dreams, but a boy who wouldn’t say boo to a goose, let alone help him to compete with his arch-rival. Best remembered for its climactic cyclone sequences in which Keaton performs a number of  death-defying stunts whilst an entire town is destroyed around him, this was Keaton’s last independent silent comedy and also one of his best.

NOW ON BLURAY FROM 20 NOVEMBER 2017 COURTESY OF EUREKA MASTERS OF CINEMA.