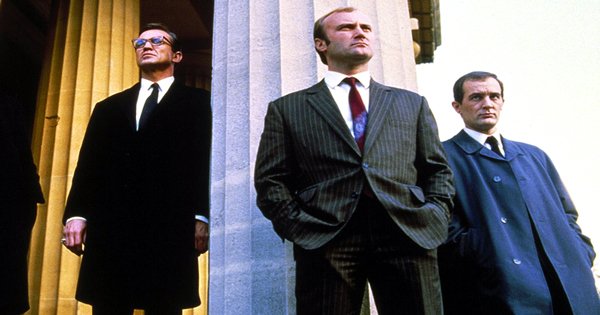 Like the Krays the Great Train Robbers have benefited from nostalgia for the early sixties and their dastardly deeds are here portrayed as a bit of a lark (it doesn’t dwell on the little bit of unpleasantness in the driver’s cab, for example).

An inadvertent irony is the culture shock by Edwards during his South American exile at the streets of Acapulco being full of beggars and the shoddy medical treatment his daughter receives when she swallows a coin during Christmas dinner (a difference that was rapidly becoming less marked as after nearly a quarter of a century Maggie Thatcher was well into her assault upon the welfare state).

Considering the producers spent all that money on flash suits and Austin Westminsters, you’d have thought that someone would have told Phil Collins to trim those anachronistic sideburns; it also has a very eighties rock by Anne Dudley. @RichardChatten