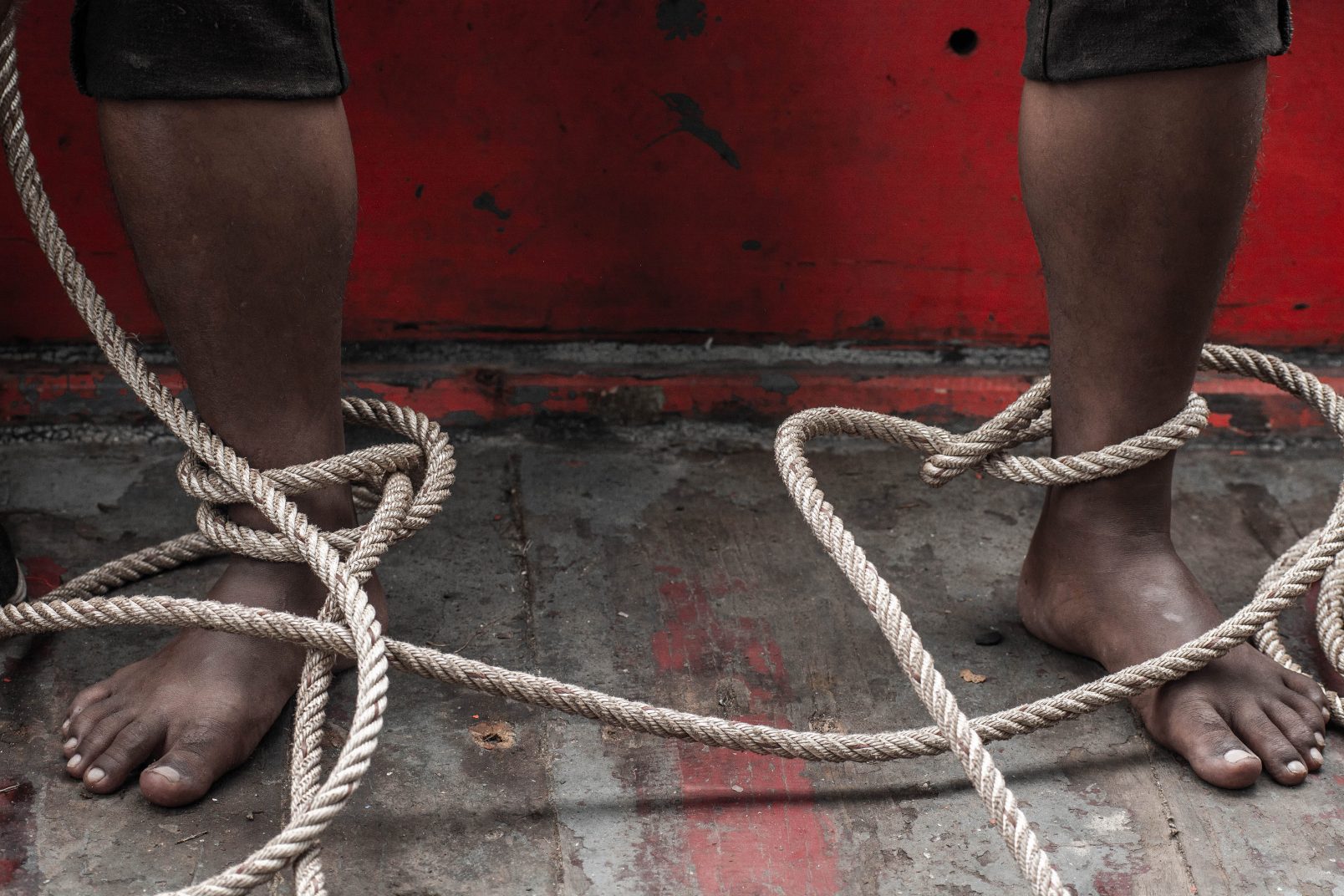 Rodd Rathjen’s feature debut has a worthy but not always convincing narrative. A teenage boy from Cambodia tries to find work in Thailand, but ends up being one of 200,000 boys from South- East Asia to ‘contribute’ six billion $ for unpaid work in the fishing industry of Thailand. More often than not, they will never see their homeland again.

Fourteen year-old Chakra (Heng) slaves away in the rice fields with his father and brother Kravaan, who is being groomed as the heir. Chakra only wants to find a girl friend, but is rejected because of his low social status. Fed up with the whole set-up he finally snaps and travels with smugglers to Thailand.  There he will have to work a month for free, to pay for the cost of the transport. But on the ramshackle trawler, where the catch is substandard seafare (to be processed into dog food), Chakra soon find out this is a life sentence of hard work. One of his fellow workers tells Chakra they “they are already” dead. The ship’s captain, Rom Ron (Kasro) and his second in command punish the crew mercilessly for any disobedience, and bind them in chains, before throwing them into the sea. Chakra’s neighbour, who is losing his mind, is bound with ropes and thrown into the water, whilst the captain brutally manhandles Chakra at the so the propellers catch Kea. More tragedy will follow.

Rathjen keeps strictly to a one-to-one realism, and DoP Michael Latham catches the doomed atmosphere on the trailer in moody images. But somehow the ending undermines what has been said before, leaving the audience with a muted reaction. MT