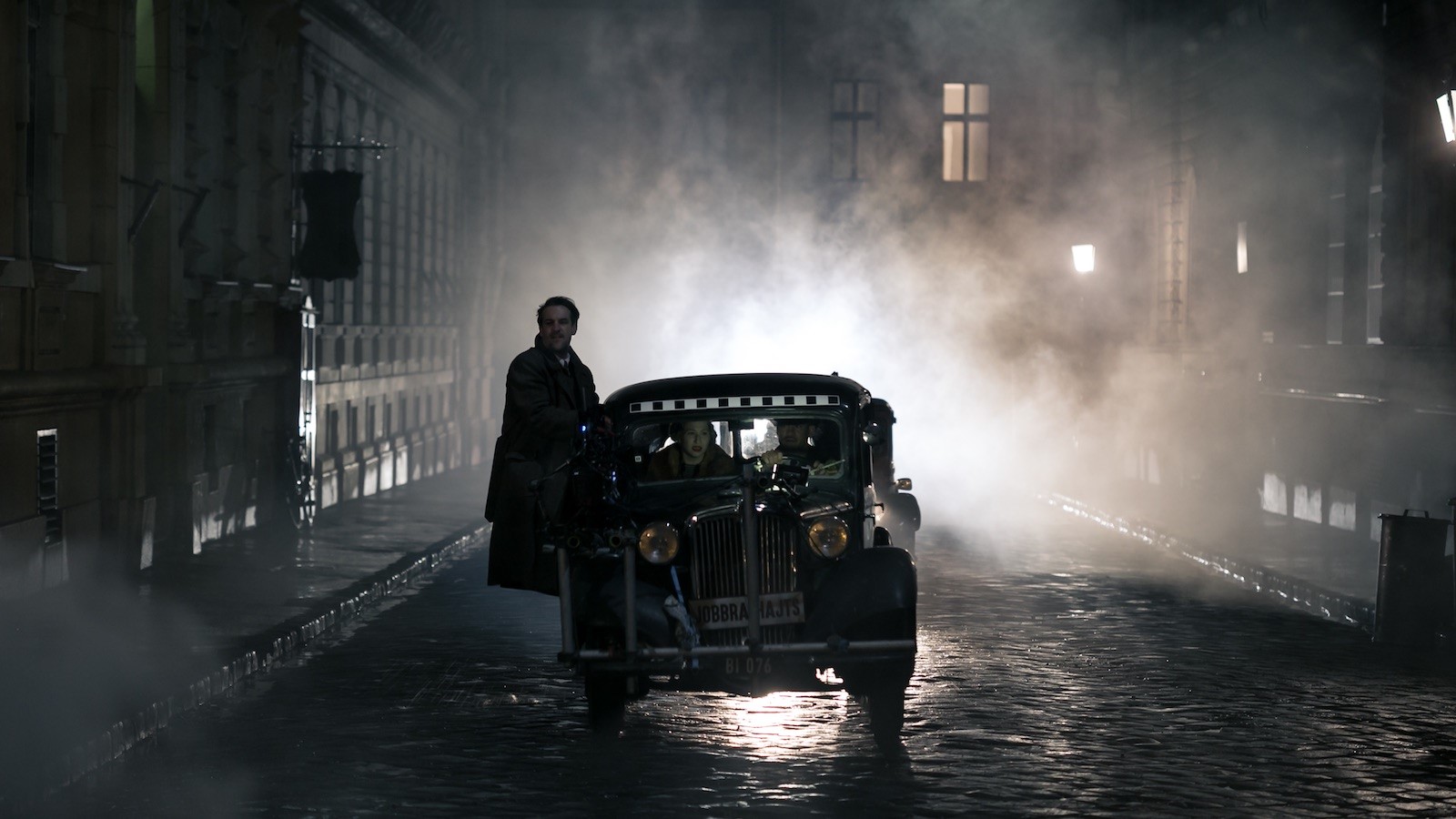 Veteran director Eva Gardos (An American Rhapsody) serves up a slick but conventional noir spoof that offers decent entertainment despite its cliche-ridden script. There are too many holes in the narrative, the brothel scenes are voyeuristic, and without any knowledge of the complex Hungarian history of the era, audiences will find it hard to understand what’s going on. But BUDAPEST NOIR looks simply stunning and serves as a perceptive study of Hungarian fascism and Anti-Semitism.

In October 1936, Hungarian Prime Minister Gyula Gömbös, had died of cancer in Munich. His body was received in Budapest with full military honours (Gömbös had boasted about his fascist credentials). Crime reporter Zsigmond Gordon (Kolovratnik) meets an enigmatic young woman in a restaurant, who tells the waiter that the journalist will pick up her bill. When he finds her note to him, promising to pay back the money, the womanising journalist’s interest is aroused – only to discover her murdered a few days later. But when her body then disappears from the morgue, Gordon makes his own inquiries against the advice of the authorities. He finds out that the girl in question, Fanny (Töröcsik), is the daughter of Andras Szöllosy, a wealthy Jewish coffee importer with links to the government. He converted to Catholicism, and started a lucrative business with Nazi Germany. Helped by his on/off girl friend Krisztina (Tenki), a photographer who had just had an assignment in a German camp (sic), Gordon finds out that Fanny’s father had driven his daughter into prostitution, forbidding her to see her Jewish boyfriend, because of his fears for her future. But after Fanny had become pregnant in a high-class brothel, her situation deteriorated. And when Gordon finally catches up with Fanny’s parents, he mother Irma (Kovats) reacts dramatically.

Sad to say, Hungarian Fascists were as brutal as their Germans counterparts. The ruling Regent, Admiral Horthy, felt superior to Hitler, who had spent a decade in a dosshouse. Gömbös, Horthy’s Prime Minister, wanted two nations to be more closely allied, whilst Horthy only supported Hitler without reservations after the outbreak of WWII, when Hungarian troops fought on the side of the Axis.

It is ironic that Horthy was deposed by Hitler when it came to the deportation of the 400 000 Hungarian Jews in 1944 – it turned out that the Hungarian fascists (Pfeilkreuzler) and the population as a whole, did not share Horthy’s reservation, they enthusiatiscally assisted the Germans to send the Jews to the death camps.

There are scenes of open Anti-Semitism in Budapest Noir: in one scene, a bar singer croons a song composed by a Jew, and some Anti-Semites in the audience attack him. Gordon stops them, but the real fighter is his Krisztina, who leaves him for London, to show her death camp images in an exhibition “because over there are people who really care”. The Szöllosy’s family history is typical for Jews of the region: many had converted to Catholicism, trying to deny their Jewish heritage, and, like Fanny’s father, would marry their offspring to anybody but a Jew. Gordon represents the cynical by-stander, who is only after a good story, he does not mind taking a beating, but is totally non-committed on a personal and political level. Strangely enough, Budapest Noir is – in spite of its obvious faults – a mirror of a society where the points for the future genocide are being put in place. AS