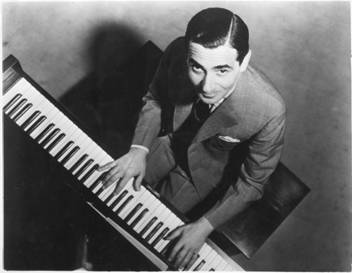 Michael Kantor’s lively and informative film includes interviews, excerpts from the musicals and footage manages also to be very moving, helped by a running time of under 90 minutes. Particularly impressive are the scenes from the 20s, showing a “noisy, over crowded and dirty” Lower East Side in New York. True fans will enjoy the three hours bonus material of excerpts included in the DVD.

The Broadway Musical is the most American of art forms (apart from TV commercials), and its past and present is dominated by Jewish composers and lyricists. The reason for this is that Jewish artists successfully developed the tradition of the Jewish musical theatre of the Lower East Side into a national art form by the 1930s. They simply replaced the downtrodden Jewish heroes and heroines with other minorities. Nobody did this better than the composer George Gershwin and his brother Ira, who wrote the lyrics. But one should not forget that Gershwin was at first rejected many times by  Broadway producers for being “too” Jewish”. His break trough “Rhapsody in Blue” was a sort of Blues played on a Klezmer clarinet, this being made possible by the fact that both Black and Jewish music was both mostly written in the minor key, to describe the suffering of both minorities. The Gershwins, unlike others, had a healthy distrust of orthodox religion, starting “Porgy and Bess” with the debunking of the Torah, by opening a ceremony with the line “It may be not be so”.

It helped, that some of these composers and lyricists ‘anglicized’ their names, like Irving Berlin (Isidore Beilin), or had it done by their parents like the Gershwins (Gerschowitz). The musical became soon a feel good factory, Rogers and Hammerstein being the leading pair with hits like “Oklahoma (1947), “Carousel”, “South Pacific”, “The King and I” and their last cooperation “The Sound of Music” (1959), which dealt with emigration from Hitler Austria in a rather quaint form. By then Irving Berlins songs “Dreaming of a White Christmas” and “God Bless America” (which for a long time was the second National Anthem) were the epitome of post-war optimism, though it should be said that many Christian leaders protested openly against the latter song, questioning if a Jew had the right to express anything about the Lord.

We also learn how from the sixties onwards, Jewish composers and writers started to come to term with their own history, starting with “Fiddler on the Roof” (1964), composed by Jerry Bock. In spite of the catching songs, the story, starting with a pogrom and ending with an emigration was hardly uplifting. The same can be said for “Cabaret” (1966), where John  Kander’s music could and would not camouflage the rise of Nazism in Germany. The musical was, in contrast to the film version of 1972, not a success. Finally, Mel Brooks tried more or less successfully with “The Producers” (‘Springtime for Hitler’) to kill the ghosts of the past in 2001 with laughter. AS

SHOWING AS PART OF THE UK JEWISH FILM FESTIVAL ON SUNDAY 10 NOVEMBER AT CORNERHOUSE, MANCHESTER AND 13 NOVEMBER AT BARBICAN LONDON tickets here