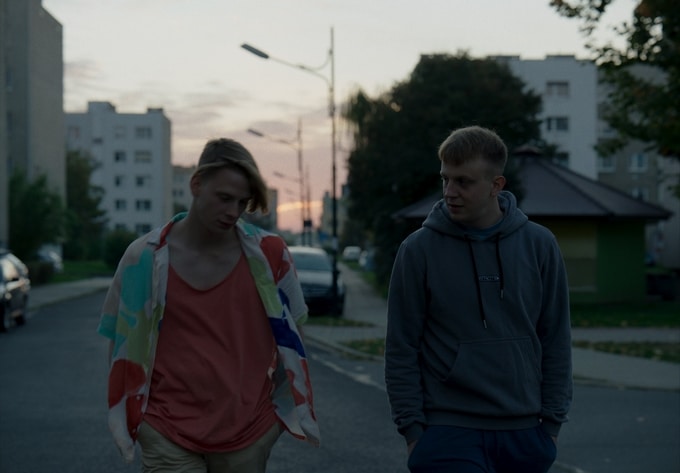 A classical pianist reconnects with his past in this contemplative portrait of Polish youth that unfolds in a series of impressionistic episodes, Tomasz Wozniczka’s liquid velvet lensing and the brilliant musical interludes elevating it from being just another story of tribal conflict.

In his outstanding first feature Damian Kotzur turns a racial tragedy into a lyrical poem. Bread and Salt – a traditional Polish greeting to newcomers – is a film full of rhythmic contrasts that gracefully balances classical and contemporary, formality and playfulness, introspection and gravity, joy and anguish, based on real events that occurred in a provincial Polish town where nothing much has changed since the fall of communism.

Tymek (Bies), a piano scholar at Warsaw’s famous Academy of Music, is back home for the summer and spends lazy days with his younger (real life) brother Jacek who has been slack in practising for his piano exams preferring to hang out with his mates and girlfriend Anita. Tymek joins in the fun but always at a discerning distance.

Their placid summer vibe is punctured by a racial incident on the bus where tension bristles when the gang tease Arab-speaking kebab shop worker Nadim, taking his rucksack and shouting racial taunts. To his credit, Nadim takes it all with a pinch of salt, philosophically claiming the incident was “God’s Will”. Tymek, already a regular at the kebab shop, quietly refuses to be drawn into proceedings but he cannot prevent his friends from having their ‘fun’. He and Nadim have a quiet respect for one another, Tymek shyly inquiring if Nadim has been offered the “bread and salt” since his arrival in the small town. Their chemistry is palpable but their tentative friendship is of a different kind and cannot calm the troubled waters or cannot bridge the gap between the sparring sides

Kotzur and his co-writer Marta Konarzewska have clearly perfected their script and Alan Zejer’s clever editing is the icing on the cake. A cast of non-professionals keeps the action fresh and real. There are scenes of sheer jubilation at a fairground attraction and these combine with the subtle beauty of a cloud of murmurating starlings; the exhilaration of the brothers’ classical piano duet (mainly playing Chopin’s nocturnes and Szymanowski’s compositions), Tymek’s subtle avoidance of Nikola’s advances as he glances casually at his bedroom clock, and his smouldering verbal attack on his tiny pupil who is driven to silent tears, the deep shock as a pool of blood seeps symbolically into the sign of a cross. And the final moments – without giving too much away – are deeply moving, elliptical and artistically sublime. A stunning debut. MT