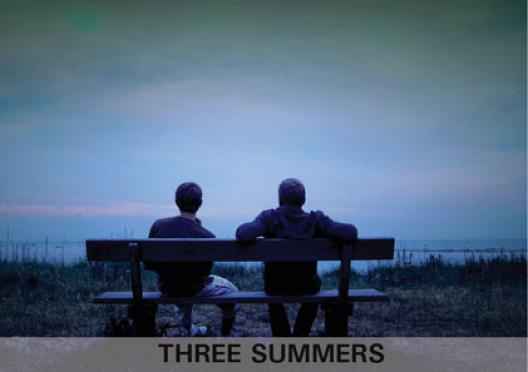 Boys on Film 11 – We Are Animals Now on DVD VOD 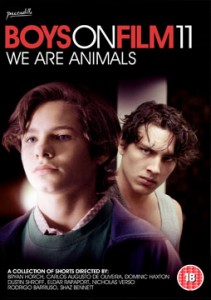 BOYS ON FILM is an ongoing DVD series offering a selection of daring and diverse LGBT drama shorts from all over the World. These pithy and poignant peeks attempt to challenge and explore sexuality from differing points of view.  The eleventh bumper edition is particularly interesting on trans-generational relationships. THREE SUMMERS: a daring and unlikely love story emerges when a divorced woman gets to know a teenage boy developing over the course of three years (Denmark, 28min);  the groundbreaking issue of physical disability is tackled in FOR DORIAN: that deals sensitively with the nascent sexuality of a Down’s Syndrome boy, seen from the perspective of his father  (Canada, 16min) and LITTLE MAN; a physiological drama that centres on 30 year-old Elliot and his track record of emotional avoidance and uneasy relationships with his older brother and the strange man next door (by award-winning Israeli director Eldar Rapaport (AUGUST).