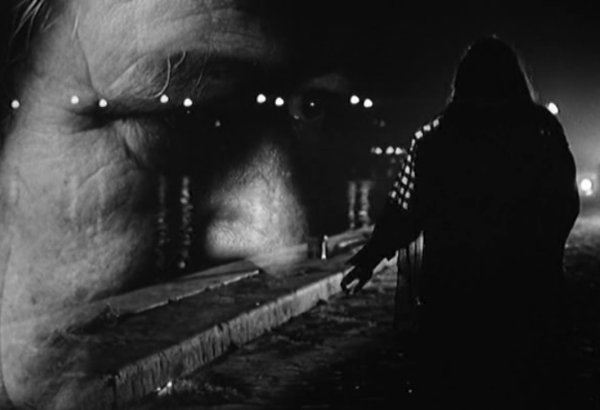 Maverick French auteur Leos Carax tells an autobiographical story of doomed love in Paris for this stylish black and white debut. Set in 1984, it has the look and feel of the fifties and early sixties. A mood piece, slight in narrative and dialogue but rich in atmosphere and visually stunning, Boy Meets Girl is an exploration of his central characters’ dysfunctional insecurities that emerge in the fumblings of first love and the first flourishes of characteristic Carax eccentricity.

Denis Lavant stars as Alex, an insecure 24-year-old who has just split up with girlfriend Florence (Anna Baldaccini) who immediately falls for Thomas (Christian Cloarec). Distraught and frustrated by the break-up, film student Alex sets off to roam the nocturnal streets of Paris, stealing some records which he leaves at Florence’s door with a love letter.  The action is scored by musical interludes of piano and jazz music and, at one point, an unknown couple talking about their preferred styles of love-making. Eventually Alex finds his way into a strangely sedate soirée, welcomed by a middle-aged woman who becomes his hostess.  There he meets and falls in love with a mysterious but alluring actress Mireille (Mireille Perrier) who is aloof and self-absorbed. Boy Meets Girl has a weirdly detached and unique ambiance marking out Carax’s distinct talent to amuse. MT

OUT ON DVD/Blu COURTESY OF ARTIFICIAL EYE. The box includes HOLY MOTORS and THE NIGHT IS YOUNG

EXTRAS: INTRO BY DENIS LAVANT/ON SET IN THE KITCHEN