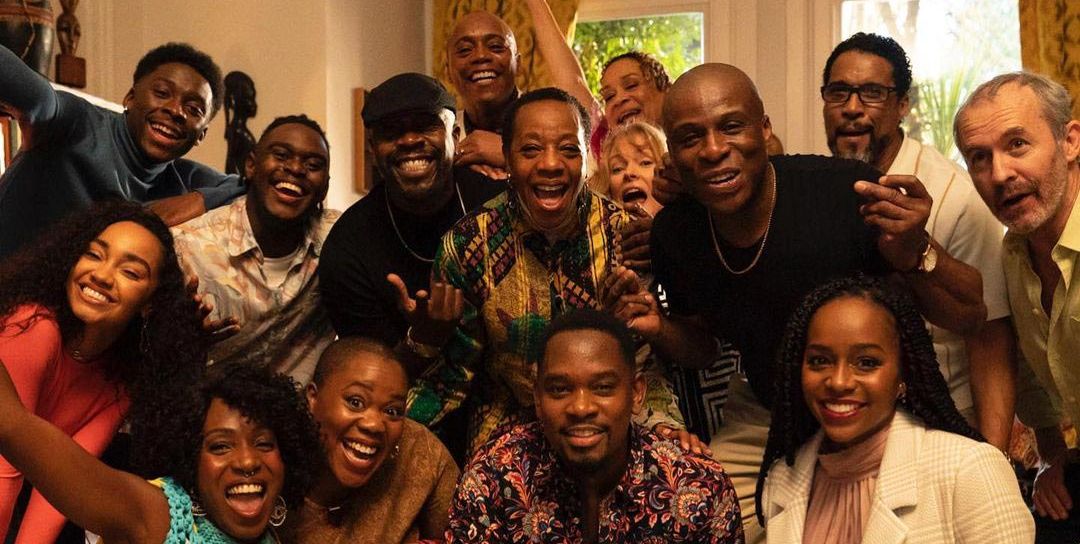 Best known for his acting roles in Inside Man: Most Wanted and Parallel, Aml Ameen directs and stars in this Christmas cracker based on his own experiences in the Caribbean community in London. where black people are for once neither victims or perpetrators, just full of issues and contradictions just like everyone else.

Melvin (Ameen) is a successful author in the US and wants to take highflying girl friend Lisa (King) to London for Christmas, and introduce her to his Caribbean clan. Things will go disastrously wrong: to start with, Lisa is pregnant, but has not yet told Melvin, who has already told her he’s not ready to be a father. Melvin’s Mum Shirley (Jean-Baptiste), rules the roost and soon finds out Lisa’s secret, but has enough problems with her own new partner Dave (Aherne) who will meet the family for the first time over the holidays which would be no big deal, apart from the fact that he is white.

Melvin’s father Billy (James) is not much of a role model having left Shirley and the kids, like many men of his generation, and now runs a night club. He has ‘forgotten’ to tell Lisa that he has left London years’ ago without keeping up contact with the family, apart from a few postcards. And while the teenage generation of the clan is as wild and violent as Melvin’s own age group at the time, countless aunts and uncles are waiting with baited breath to meet Lisa, who is, needless to say, is just another outsider, due to her Afro-American background, charms everyone with her put-on Jamaican accent. But Melvin still seems to have feelings for his ex Georgia (Pinnock, from “Little Mix”), who is now a super star and planning to take up a job in New Zealand, Lisa spying the couple sharing a cheeky covert kiss in the garden.

Ameen skates over the identity politics with panache, never losing the light-hearted sense of humour. The cast is ready to rumble, particularly Jean-Batiste as Shirley, trying to align all the contradictory bits of family life into a Hollywood style happy-ending in a referential bow to Hollywood musicals of the mid 20th century. A cocktail of festive fun and games laced with a few home truths . AS