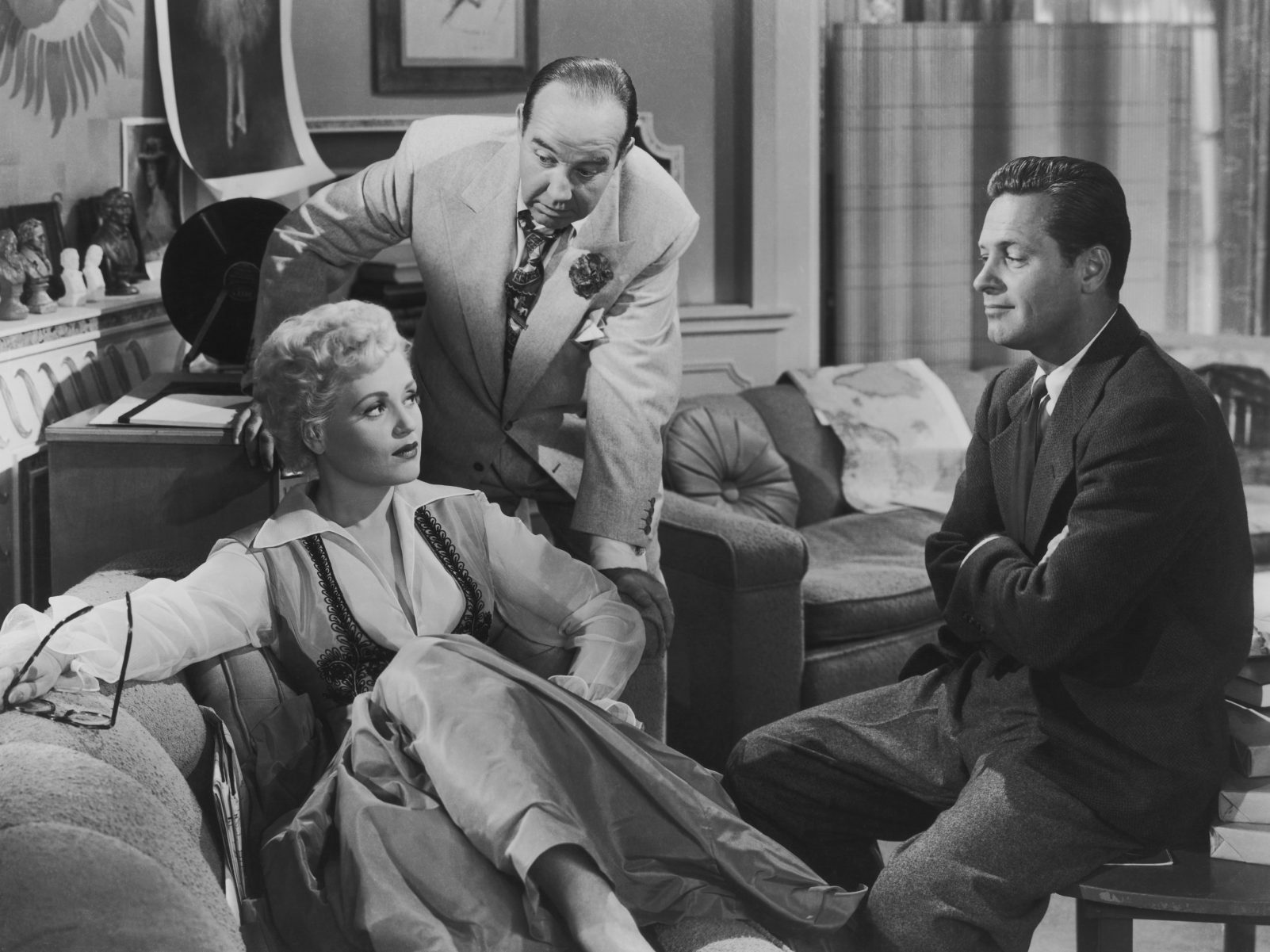 Based on the Broadway play of the same name by Garson Kanin, and scripted by Albert Mannheimer, Born Yesterday is not one of George Cukor’s most dynamic features. The film’s plus side is Judy Holliday, who, reprising her Broadway role, won Best Actress at the Oscars. But Cukor’s direction is a little impersonal, and the feature never quite breaks free from its theatrical origins.

Harry Brock (Crawford) is a crook and a mini-tycoon, arriving in Washington with his mistress Billie Dawn (Holliday), to bribe a politician. Helped by lawyer Jim Devery (St, John), he sets in motion a great scheme, but suddenly decides that Billie isn’t good enough just as she is (an ex-revue girl), and should be  be educated to a higher standard to make worthy marriage material: wants her as a wife – not for love, but for insurance purposes: he has made over some properties to her, and a wife cannot testify against her husband. Journalist Paul Verral (Holden), does a fine job of her re-education – before an emancipated Billie upsets the applecart.

There are several reasons why Born Yesterday doesn’t really catch fire: first of all, the 1950 drama has not aged well; and lines like “Yes, you are right, I am stupid and I like it” (Billie) and “Maybe I slapped you a couple of times” (Harry) are not funny today, even though they may have raised a titter back in the day. Secondly, there is an awful lot of preaching going on, and DoP Joseph Walker (who extensively worked for Capra and Hawks) cannot do much to liven up the proceedings. Even Holliday’s sparkling, Oscar worthy performance is questionable: she is hardly a match for Bette Davis (All about Eve) or Gloria Swanson (Sunset Boulevard). Far too verbose and sanctimonious, Cukor’s direction falls between a screwball comedy and a muted pre-feminist manifesto, leaving a rather stuffy and stultified box of tricks. AS

AVAILABLE ON BLURAY from 21 JANUARY 2019