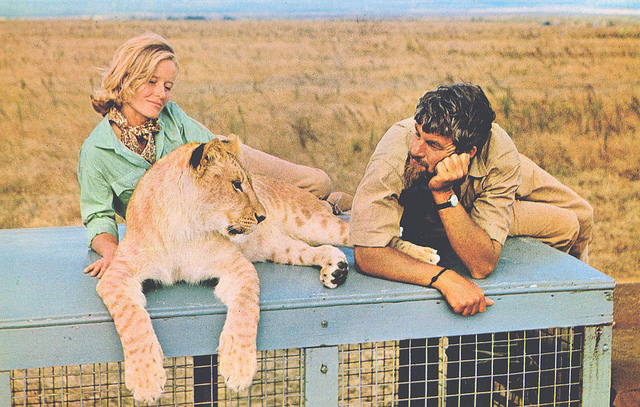 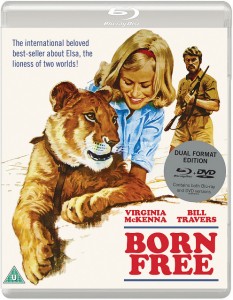 BORN FREE is a fondly remembered childhood classic that captured our imagination and vast appetite for nature programmes of every description. A story of courage and love, nature, and a relationship unlike any other filmed, it epitomises man’s close bond with the wild and the animal kingdom.

Virginia McKenna will always be remembered primarily for her role as Joy Adamson, the woman who raised a lioness and eventually set her free in the vast golden savanna of central Africa. Highly acclaimed for its Technicolour cinema vérité style cinematography and for John Barry’s rousing score (that scooped a brace of Oscars for Best Original Music and Best Theme Tune – shared with Don Black who wrote the lyrics),  it follows the lives of game wardens Joy and her husband George (Bill Travers) who are forced to kill a menacing lion and lioness but end up adopting their three cubs, re-homing two of them in zoos but keeping the third – a female named Elsa – who becomes part of their family – until reality forces them to re-consider Elsa’s future. Gut-wrenchingly poignant and life-affirming for its factual but never sentimental narrative, the film was also an enormous hit at the box office – the sequel Living Free was less successful financially but starred another quintessential English duo Nigel Davenport and Susan Hampshire. MT