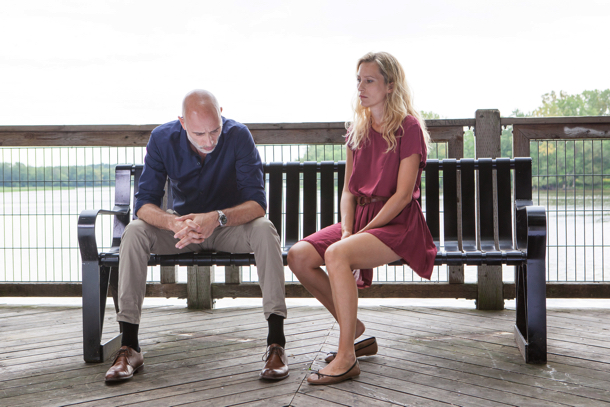 In upmarket Montreal, Boris Malinovsky is a successful company director and an alpha male. Tall and striking, he struts around his lushly landscaped country house in hand-tailored suits – but something is wrong. His wife isn’t speaking to him: a valued politician in the Canadian government, she has retreated to a darkened room suffering from a mental problem. But Boris doesn’t realise: he is the problem.

Denis Côte’s foray into psychological drama is a stylishly photographed and peerlessly framed affair that gets to the heart of alpha manhood with clarity and aplomb. Telling its simple story in a series of slick tableaux, straightforward narrative is not over-talky or complicated by subplots; but it holds our attention on its macho anti-hero and his bare-faced arrogance, drawing us into the plot by the strength of its compelling visual power and a dynamite central performance from James Hyndman. But like Hitchcock, Denis Cote is masterfully in control of his film, the look and visuals worked out months in advance of filming.

While his wife is on leave, Boris is keeping himself company with a beautiful blond (Dounia Sichov plays Helga) and the bedroom services of his wife’s Russian carer (Isolda Dychauk) until he gets a strange message from a man who wishes to meet him, offering friendly advice. This stranger is none other than Denis Lavant who who appears out of the darkness, like a God from a Greed tragedy, warning him to play fair if he wants his wife back. Haunted by flashbacks of Béatrice (elegantly played by Simone-Elise Girard) in happier times together, Boris has an emotional crisis: but his massive ego won’t let him believe that he’s wrong or that his flagrant flirting is creating distance from his wife, his daughter and his mother. But this uber man isn’t all bad: strength and single-mindedness have helped him achieve success; he badly needs the women in his life and realises that to get the women he really needs back- he must change.

Côté collaborates with a predominently female team: Jessica Lee Gagné’s sparkling cinematography makes this a multi-textured visual feast and Louisa Schabas’ with production design offers a mesmerizing zen like feel to this absorbing character crisis. Combining satirical precision with some elegantly rendered mise en scenes, Côte takes a long look inside the mind of a man who is forced to admit that business success is not the only way to Nirvana. Gradually dismantling Boris’ character, Côté tells a tale of human redemption with acuity and panache. MT