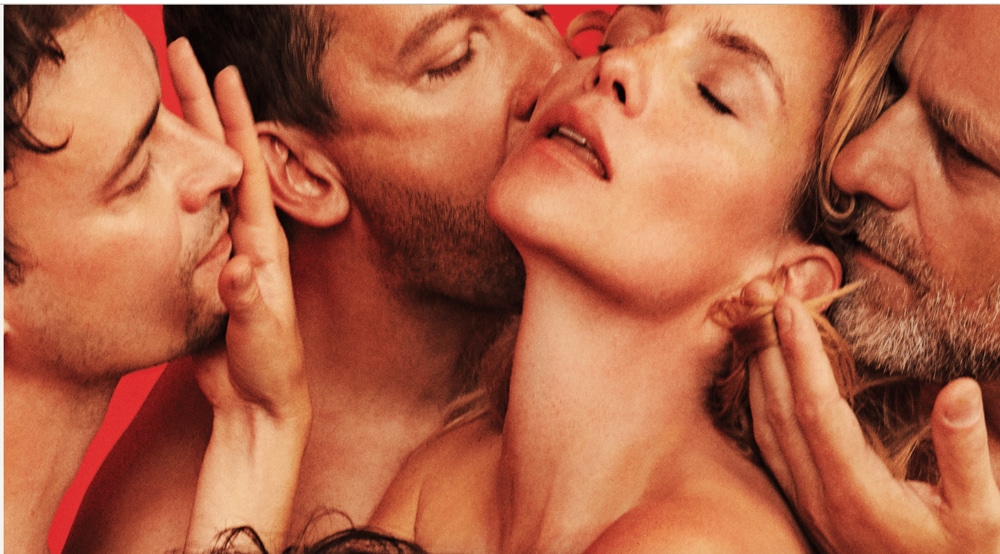 Hana (Vagnerova, also one of the co-writers) and Petr (Reznicek) are stuck in a rut with their marriage. To spice up their sex life they try some cheeky games but when that fails to spark things between the sheets, they decide to embark on affairs trying to retain a kind of intimacy and faithfulness to each other by discussing the fine details of their extra-marital adventures.

But things start to come unstuck for Hana and Petr when one of her lovers Marek introduces his girl friend and another couple into the equation: all five are gagging to go – apart from Petr.  Instead he teams up with barmaid Antonie and the two plan an escape to a mythical island – but first he has to save Hana from rough sex in a proverbial den of inequity. Will he remember the promise he made to Antonie, and do we care?

DoP Krystof Melka tries to keep inside the boundaries of art house cinema, but even at ninety-five minutes, Borders is a trivial and halfcock attempt to explore the senisitve nature of desire and fidelity in longterm love.