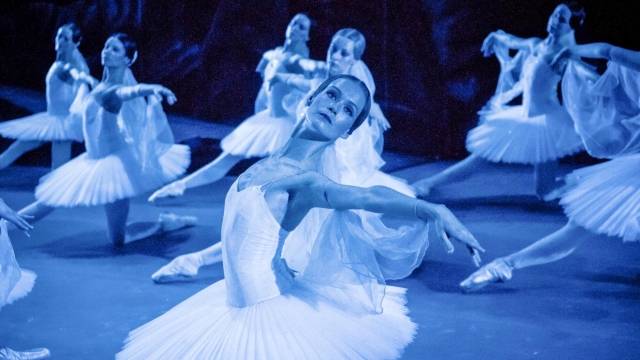 British director Nick Read (The Condemned) explores the bizarre case surrounding the acid attack that nearly blinded Bolshoi Ballet’s artistic director Sergei Filin in this tight and well-paced documentary whose unprecendented access to the inner workings of the ballet and enticing clips from recent productions (Swan Lake, Boris Godunov, Traviata etc), are sure to entice balletomanes and cineasts alike.

But this is not the only salacious aspect of a film that grows more intriguing by the minute with its revelations about the Bolshoi and its attempts to overcome a never ending battle to survive both in and out of the theatre confines. Interviews with its new company director Vladimir Urin, principles such Maria Allash and Maria Alexandra and ballet masters Boris Akin and Nicolai Tsiskaridze paint a bloody portrait of the physical and emotional rigour required to stay the course by all involved with Moscow’s hallowed cultural edifice.

It gradually emerges that the acid attack, in 2013, was ordered by dancer in defence of his girlfriend’s lack of promotion due to favouritism by the powers that be, headed by Filin and that left him with extensive third degree burns to his face and partially blind in one eye. Not only does this confirm rumours of violence and corruption in contemporary Russian society but it also upholds long-held beliefs and stereotyping in the West. Pavel Dmitrichenko, a soloist, admitted to hiring his neighbour to attack Filin due to jealousy and resentment. Vladimir Urin, polishing up his own profile courtesy of the filmmakers, reveals that many are interested in influencing the future of the national treasure, not least President Vladimir Putin and Prime Dmitri Medvedev, who appears in a startling interview where he claims the Bolshoi is a sort of guided propaganda missile of national heritage that is sent abroad to influence and profit the mother country.

This is a commercial film but also one that will make you jump on  the nearest plane to Moscow to experience the Bolshoi for yourselves. What emerges it that the arguing, bitterness and jealousy is the ‘raison d’être’ of the Bolshoi, defining them firing up the enthusiasm, professionalism and creative brilliance of these highly emotional artists. The only criticism is the brevity of the beguiling ballet footage of the troupe performing seen both backstage and from the Bolshoi Theatre presidential boxes. MT