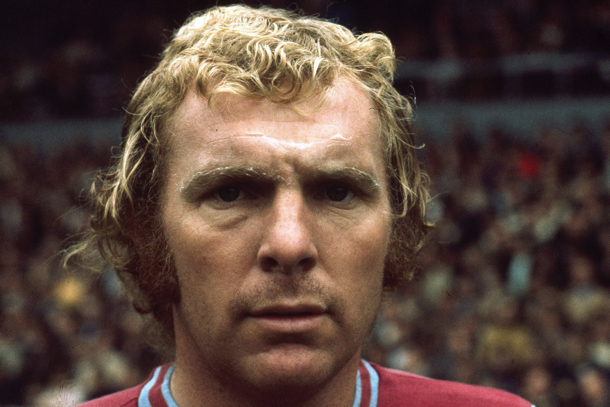 Marking the 50th anniversary of England’s victory in the World Cup, this energetic tribute to East End footballer Bobby Moore (1941-1993) explores with appealing fervour the life of a young man from Barking who joined West Ham United in 1956 going on to become one of the greatest defenders of all time and a national icon after leading England to success in the 1966 international tournament, when Pele left the field. The film is co-produced by West Ham fan and family friend Matt Lorenzo and directed with great passion and verve by Ron Scalpello

Scalpello adopts a talking heads approach as fellow players recall their fond memories of Moore’s integrity as a leader and skill as a player. Known as “a Prince” among men, Robert Frederick Chelsea Moore commanded respect through his calm presence in a team of strong players who were a “tough bunch of boys”. His first wife reminisces about their first date – when she asked the ‘rather square’ young man round for tea with her mother – and the subsequent courtship which lead to marriage after a year. Far from being a macho man, she describes the sporting hero as romantic and vulnerable, but he was also practical: “when I had blond hair he used to do my roots – he was like a mate”.

His diagnosis of testicular cancer in 1964 (described as a groin injury in the press) left him humiliated and deflated. But despite training harder than anybody on the squad, Moore also wanted to have a life outside football. Rebecca Moore Hobbis describes her special bond with her father – due to his insomnia – he looked after her during the small hours in the first months after her birth and the two became close.

Old fellow footballers such as Sir Geoff Hurst, Harry Redknapp, George Cohen, Norman Hunter and Martin Peters speak with pride and fondness about their old pal and captain and touch upon how football became a popular career for them and the opiate of the masses due to the release it offered during the war and post war autherity. A dazzling array of archive material brings this colourful documentary to life and a rousing score from Benjamin Wallfisch (12 Years a Slave) reflects the highs and the lows of his career and personal life MT

BO66Y – the story of football legend Bobby Moore – is coming to UK cinemas on 27 May 2016 and will be soon available on Blu-ray, DVD and Digital Download