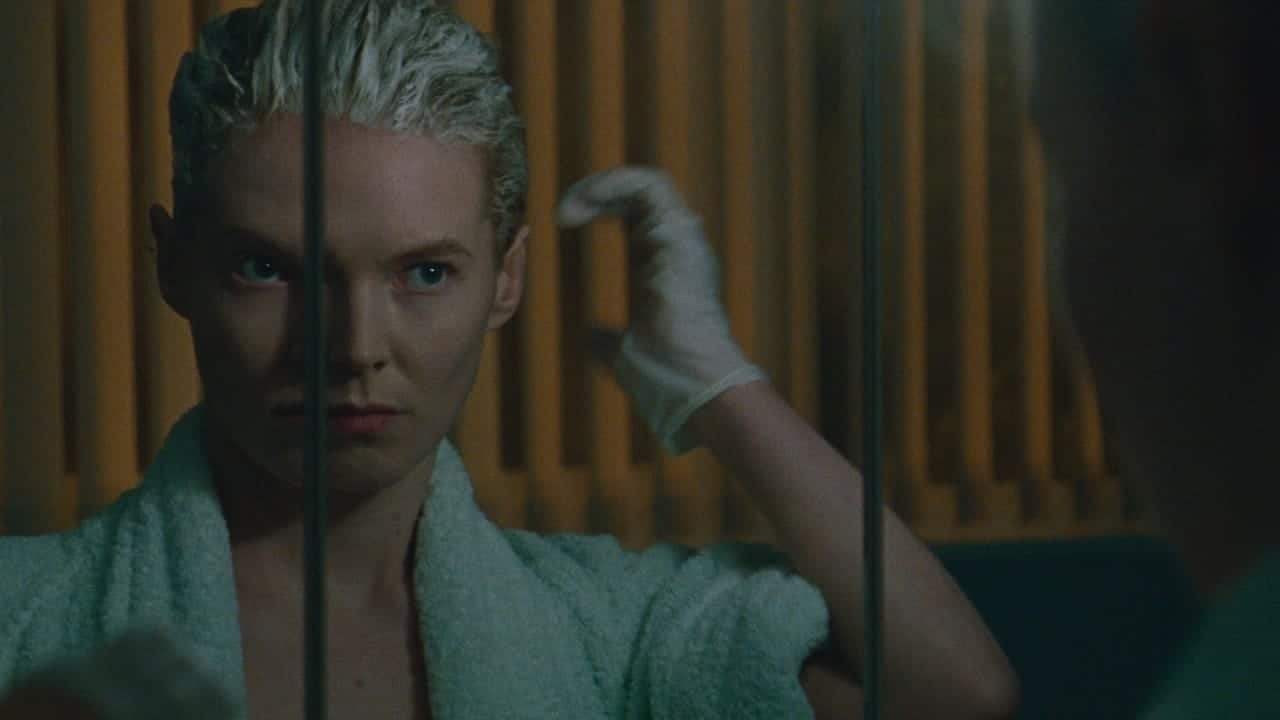 A watchable if rather dated-looking sapphic love affair plays out in Georgia Oakley’s first feature as a director. Set in the 1980s, that’s hardly surprising. It was time when attitudes were still traditional on the gay front and further complicated by government policy. And this certainly colours Jean’s experience as a lesbian trying to balance her professional life as a successful PE teacher in a secondary school and her days with militant lover Viv (Kerrie Hayes) whose more strident style echoes the punk era. The two are certainly happy together and enjoy mocking Cilla Black’s popular Blind Date programme during their evenings by the telly. They share Jean’s flat in a grim sink estate in north-east England where we first meet Jean bleaching her cropped hair blonde. Jean has a straight marriage under her belt and a strained relationship with her married sister.  But her sexuality often sits uncomfortably with her role as a teacher, and her need to hide her gayness from her employers when one of her pupils (Siobhan/Lydia Page) discovers her secret. And this plot line supplies the twist in the story when Jean finds herself drawn to a new girl called Lois (Lucy Halliday) who then shows up at the gay club Jean often goes to with Viv. Blue Jean is certainly well made and watchable, if slightly short-changed on plot resolution. MT