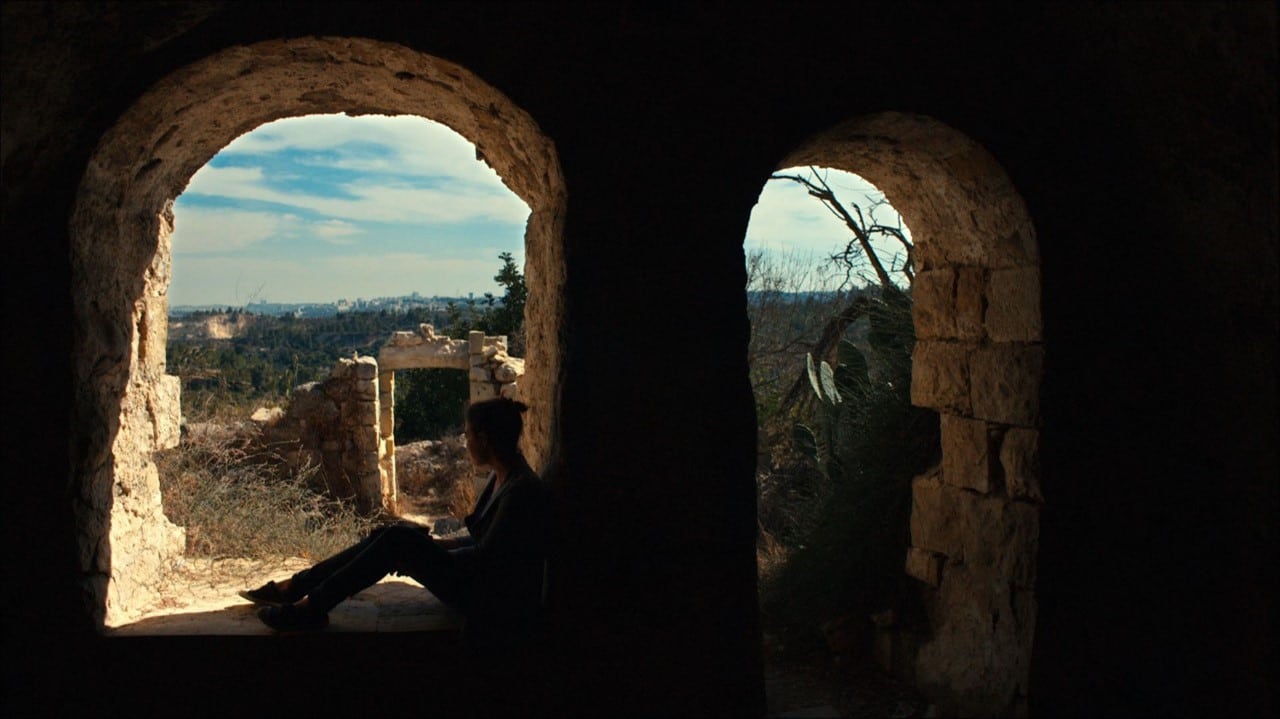 Israeli director/co-writer Michal Weits sheds light on a fragile episode Isreaeli history. Examining the Jewish National Fund’s Blue Boxes – part of a successful fundraising campaign to support the purchase of land in Palestine – in which her grandfather took an active part – Weits comes face to face with her own family history that unveils a painful and enlightening exploration of a nation’s past but also some unpleasant home truths.

There’s nothing more depressing than discovering skeletons in your own family cupboard. But this is exactly what happened when Weits delved deeper into the story of her mythological family figure: in this case her own great grandfather, Joseph Weits. Born in 1890 in the small Russian town of Boremal he emigrated to Palestine in 1908 where he joined the struggle for independence helping to lay the foundations for the new State of Israel. He is known as the “Father of Trees”, planting over 80 million trees in the Jewish state.

But further examination of his extensive diary, reveals Weits senior was also the “Father of Transfer”: helping Israel’s first Prime Minister David Ben-Gurion to ‘legally’ annexe villages and towns of Arabs, who had to flee after the “War of Independence” in 1948. The majority of the Weits family reacted with an outright denial of the facts.

When Joseph Weits arrived in Palestine, Arabs outnumbered Jews. In 1933, nearly a million Arabs lived with several thousand Jews in what was then the British Protectorate of Palestine. Both sides were unhappy with the status quo, and Jews started to pour into the country, after the rise of fascism in Europe. Zionists, encouraged by Theodor Herzl, tried to organise a steady Jewish immigration. In 1937, the British had plans to partition Palestine in two states. Joseph Weits was aware that the number of Jews living in Palestine would determine the nation’s future size. So he bought villages and land from ‘Effendis’, who lived outside Palestine, and sold the land of their small-holders. He also encouraged to buy directly from Palestine farmers, paying with the money of the Jewish National Fund (JNF), which had been founded in 1901. In his diary Weits writes: “The man was selling his homeland, and the Jews are buying it up. And: “It’s Them or Us. We want to be clear: There is no room for both of us. If the Arabs remain, the country will be crammed and impoverished. The only solution is Israel with no Arabs. There is no room for compromise. Transfer them all!”.

At the beginning of WWII, two of Joseph’s son, Raaman and Sharon, joined the British Army, whilst the third, Yehiam, was a member of the Zionist Underground, and later killed. After the end of WWII, and the discovery of the Concentrations Camps, Joseph writes: “Building the state of Israel will be our revenge”. After the War of Independence in 1948, nearly a million Arabs fled into neighbouring countries, only a few thousand staying put. Meanwhile, the Jewish population had risen to replace what had been an Arab majority.

In Haifa, only a few thousand were left of the once burgeoning Arab population. Joseph was leading the ‘transfer’ of properties, even though “Jaffa’s silence frightens me”. By annexing land and buildings, creating a “Transfer post factum”, the Arab exodus was made permanent. The members of the Transfer Committee, Joseph was one of them, had four guiding principles: 1. Preventing the Arabs from returning to their land; 2. Assisting the Arabs to settle in other countries; 3. Settling Jews in several villages and cities; 4. Destroying as many Arab villages as possible through military action”;

Old newsreels show the bulldozers doing their job. The UN resolution 194 stated clearly that all Arab refugees could return to their properties. Weits and his committee avoided the consequences by selling 250, 000 acres of land from the absentee landlords to the JNF, since the latter was not beholden to International Law. At this point, the filmmaker is confronted by a family member: “I have no idea how this this Transfer business worked. I am not comfortable with you doing this. You would have done the same had you been around in 1948/9. I want no part of this film”.

But Joseph Weits was less in denial than parts of his family: “There are 52 refuge camps, surrounding us. The Prime Minister thinks, the problem will go away with time. But they are surrounding us with hate, they will not desist in years to come. They will be a barrier to peace making. The illusion of occupation is convenient, but the intoxication of our victory has muddled our long term thinking. We have the land, but we did not pay the Arab refugees for their land. If we paid with the blood of our soldiers to get peace, why do we not pay with money now”. In 1966, 2.4 million Jews lived in what was Palestine, in contrast with just half a million Arabs. Joseph Weits left the JNF after 35 years. He was isolated, not even asking for advice anymore. “The West Bank annexation is a burden, now and for the coming generations.”

His great grand-daughter, the filmmaker, and her family have to live with the demystified Joseph Weits: yes, he planted 80 million trees, but he was also the “Father of Transfer”. But his fate is the fate of the nation he served, where good and evil live side by side for the coming generations to solve. With an insightful array of historical documentary material, this is a honest account of a family who grew up believing in the mythos of greatness. AS