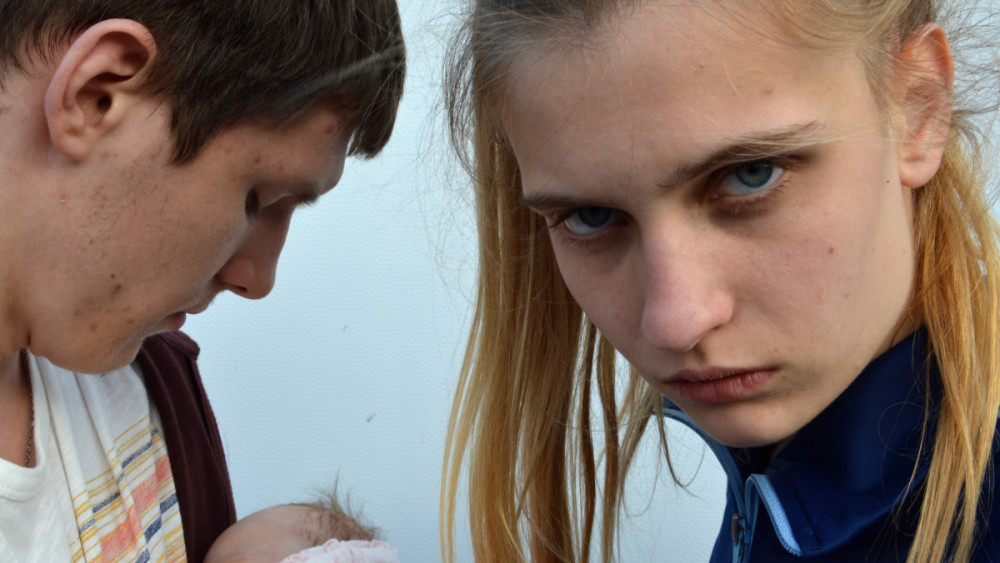 The original Hungarian title of Laszlo Csuja’s debut drama is symbolic: Viragvölgy is the last stop on a children’s railway that runs through Buda Heights and the woods near Budapest.

Just for the hell of it, feisty Bianka (Bianka Berényi) has decided to kidnap a baby but she soon meets young Laci (László Réti), who provides a calming influence despite having been declared mentally unfit to make his own decisions. The couple and their new baby settle into a family unit of sorts and – after stealing a caravan – the police are soon in hot pursuit of the trio.

Bianca is a borderline sociopath who loves nothing more than attention and mischief. Like Laci, she has issues with regressive development, but unlike him – naïve and wanting to please – she has a certain malice, which is hidden behind a childlike demeanour. Her attention span is limited, she must be entertained and worshiped permanently. Contrary to her ex-boyfriends, who see her at a nuisance, Laci adores her non-stop, accepting most of her changing moods.

Mentored by Enyedi Ildico (On Body and Soul, last year’s Berlinale winner), Csuja, very much like Enyedi, goes all out to achieve a frightening atmosphere managing the film’s tonal shifts with surprising dexterity and adding a punk rock twist to the mix. The baby – played by two sets of twins, one actually named Laura – is in constant danger, but the ‘parents’ are too focused on themselves, even though there are some moments of closeness and intimacy. The impulsive Bianca and the love smitten Laci are always a step away from disaster.

Gergely Vass’s images are full of saturated colours, the scenes in the countryside are full of magic and the car journey’s a nightmare, but there are moments of grim social realism too. All said and done though, this zany drama belongs to the leading actors. MT