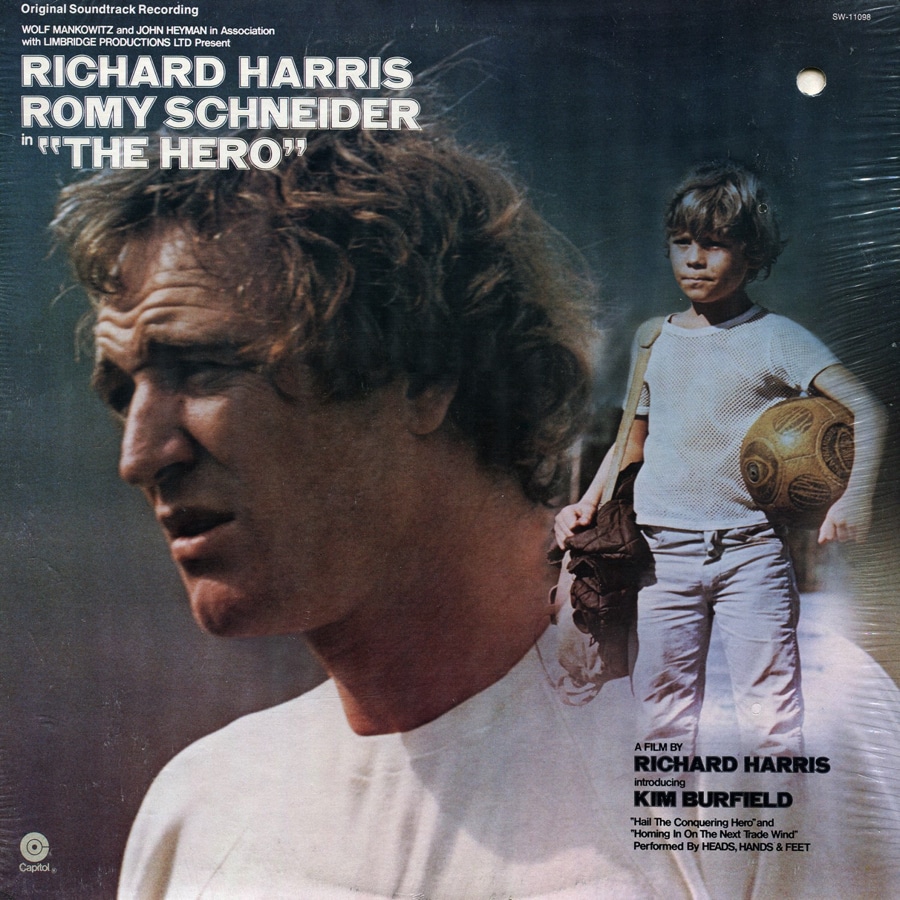 Richard Harris made one foray into directing with this  sports drama that drew boos at the Berlin Festival and came home empty-handed at the Golden Globes.

Harris stars alongside Romy Schneider in Bloomfield, also known as The Hero (and the less promising Fallen Idol in Spain) filmed during a drink and drug induced long weekend that lasted over thirty years before he became beloved of a whole generation of youngsters as the original Dumbledore. Suffice to say, his co-director Uri Zohar left the entertainment world shortly afterwards to become a rabbi.

If the words ‘A Richard Harris Film’ didn’t already instil a sense of dread, the credits then declare that it contains ‘Additional Material by Richard Harris’, since the stoned actor took the film over just a few days into production.

It’s not actually too bad, but it’s not very good either, with Romy Schneider completely wasted as Harris’s whiny high-maintenance wife. On paper an Israeli remake of This Sporting Life, it’s actually more like The Champ, with Harris furiously bonding with cute little tyke Kim Burfield, who’d rather be in Brazil since Israel is “a lousy country for football!!” The film, however, is smothered in local colour, along with all the temptations that befall a first-time director: zooms, slow motion, freeze-frames, shots of sunsets and so on. It even has songs; but mercifully not sung by Harris himself but the wonderful Maurice Gibb ! Richard Chatten.